Poor starts have been a problem for the reigning world champion team all season with Lewis Hamilton saying last month the matter is "not a quick fix".

Mercedes has made improvements in that area, with Hamilton and Nico Rosberg getting away cleanly in Singapore, but team principal Wolff said it remains a problem.

"It is quite difficult for the driver to get it right," said Wolff, whose drivers have locked out the front row for Sunday's Malaysian Grand Prix.

"That is one of the areas for next year. We need to get on top of the issues and it's still a risk, yes.

"It's more visible for us when you're on the front of the grid and you screw it up as everybody sees that.

"It looks worse than it is. We have seen massive oscillations with our competitors - good starts, bad starts.

"I still believe it's an area we have room for improvement and all the engineers know that."

When asked if the clutch was a concern for Sunday's race start, Hamilton said: "It's the same shit just every other weekend. I'm putting positivity into tomorrow. 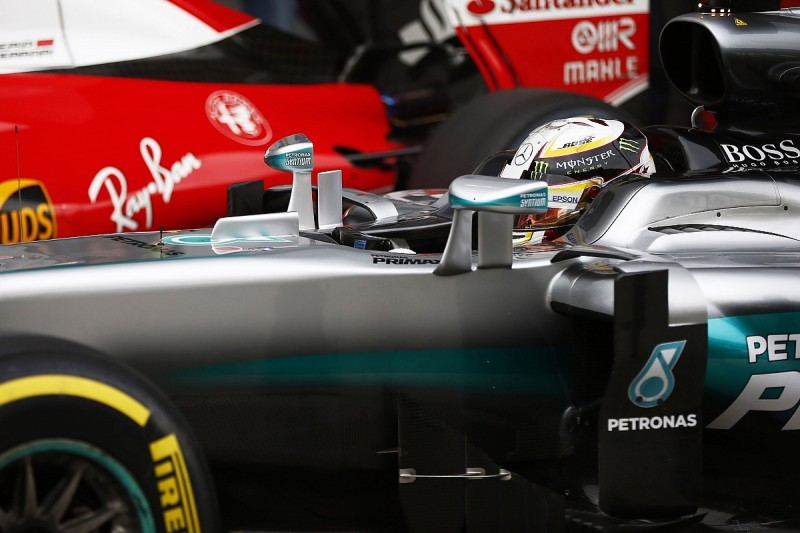 "We have worked so bloody hard to get these damn starts right.

Sepang was one of Mercedes' weaker tracks last year, with Ferrari's Sebastian Vettel outracing the team to take victory.

Wolff believes Mercedes will be more competitive on Sunday, especially after it made gains in Singapore on what was another of its tougher tracks in 2015.

"I'm a little bit more confident than in the last years," he said.

"We've sorted most of the problems in Singapore, we've been looking competitive and the long runs were OK.

"So we are more in the game than in the past.

"Having said that, I'm still sceptical but confident that we can be OK tomorrow and fight for the win but it's not going to be one of the easy victories."