Lewis Hamilton has been given the all clear to return to Formula 1 action after passing negative coronavirus tests in Bahrain and Abu Dhabi, meaning George Russell will rejoin Williams

The world champion was forced to miss last weekend's Sakhir Grand Prix because of being infected with the virus, but tests that have taken place in the last few days have shown him to now be all clear.

The completion of his quarantine period and the signing off with negative tests means that he will return to Mercedes for the F1 season finale.

A statement from Mercedes said: "Lewis tested negative for COVID-19 on Wednesday prior to completion of his self-isolation period in Bahrain.

"This enabled him to travel to Abu Dhabi on Thursday afternoon, and he tested negative on arrival.

"Lewis has therefore completed the protocols required by the FIA for his entry to the paddock tomorrow and will be able to take part in the race weekend."

Hamilton's return to action means that Russell, who filled in for him in Bahrain last weekend, will be returning to Williams for the final round of the season.

Russell narrowly missed out on pole position to Mercedes team-mate Valtteri Bottas and was on course to win before a botched pitstop during a safety car period. 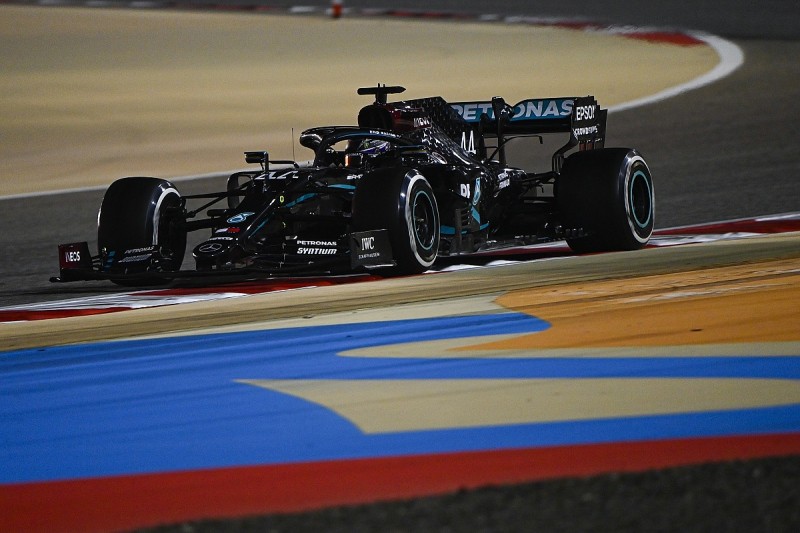 Hamilton had to pass a number of negative coronavirus tests in Bahrain before being free to leave the country.

Following his arrival in Abu Dhabi, he had to quarantine before getting confirmation of a further negative test.

The FIA said that no special exemption had been given to him, and he had to follow procedures that were standard for everyone.

"The FIA COVID-19 protocols remain clear and have not changed," said the FIA.

"A negative pre-test result is necessary to be given access to the Formula 1 paddock as set out in Appendix S to the International Sporting Code and another negative test result no more than 24 hours following arrival is required.

"Lewis, having now tested negative in Bahrain and Abu Dhabi, will be granted access to the Paddock."

Hamilton's absence from last weekend's Sakhir Grand Prix was the first F1 race he had missed since he made his debut at the 2007 Australian Grand Prix.