The 2021 Formula 1 title battle between Mercedes and Red Bull is shaping up to be a “fight of the giants”, according to Mercedes boss Toto Wolff.

Mercedes entered the 2021 season on the back foot after the changes to the technical regulations over the winter cut its advantage over the field.

The margins between Mercedes and Red Bull have been fine through the opening four races, all of which have included at least one wheel-to-wheel fight between Lewis Hamilton and Max Verstappen.

The duo have finished on the podium in every single race, and are separated by just 14 points at the top of the drivers’ championship after both making their best-ever starts to a season.

PLUS: What the Spain result tells F1 about the next phase of the Mercedes/Red Bull title fight

Red Bull team boss Christian Horner said after the Spanish Grand Prix that the battle with Mercedes would be settled by “marginal gains” as both sides weigh up when to switch full focus to developing their 2022 cars.

Wolff agreed with his rival team boss, saying that fine details could be particularly decisive in this year’s championship fight.

“It is about marginal gains, it's about eking out in every possible performance area, limiting DNFs, mistakes, and trying to extract every bit of performance that you have in your car and in your power unit,” Wolff said.

“That is going to go all the way, because I doubt that one of us is going to go extreme in terms of balancing the 2021 regulation versus 2022. We simply can't let '21 go.

“At the same time, every single week you lose for 2022 is going to cost you immense performance, because the development slope is much steeper than with the mature regulations that we have today.

“So it's a fight of the giants, and I still have the feeling that we haven't got the pace on Saturday that we should, but we seem to be quicker on Sunday. And I simply love it.” 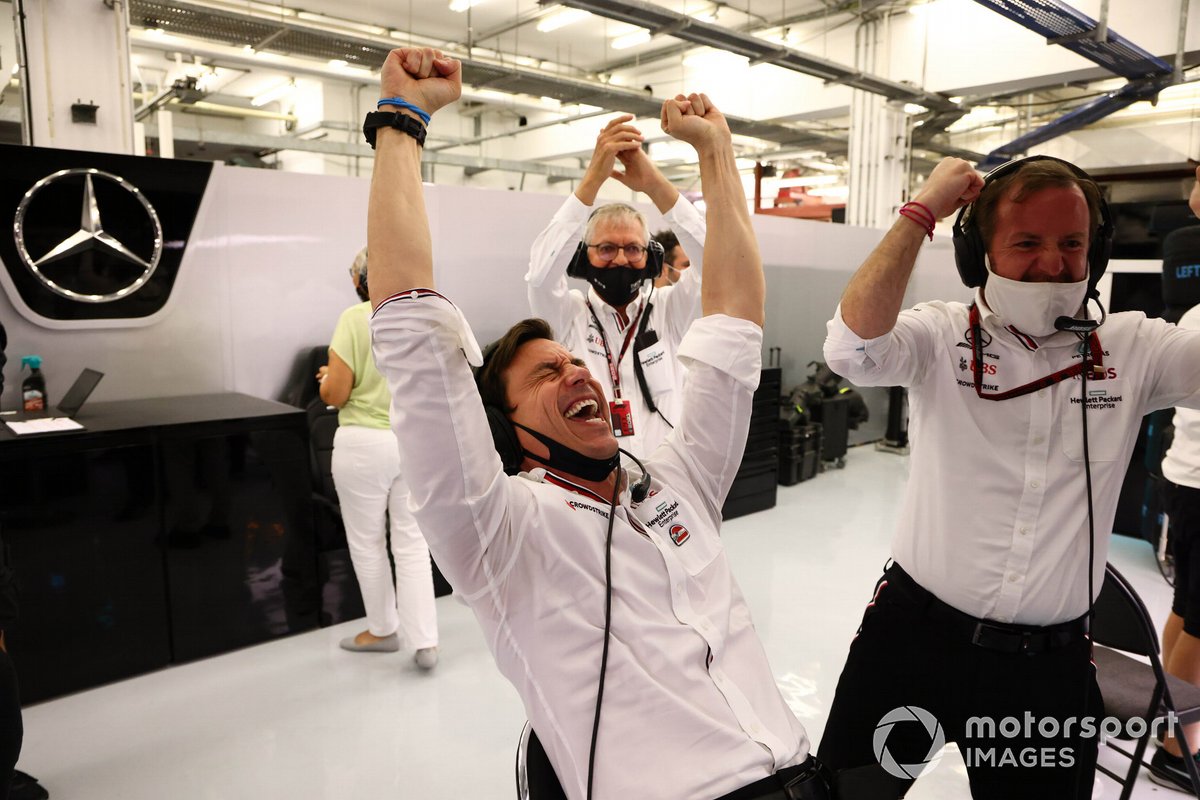 Hamilton scored a narrow victory over Verstappen in Spain last weekend after being passed on the opening lap, switching to a two-stop strategy en route to victory.

Hamilton said after the race that he learned more about Verstappen during their fight than in all their other races going head-to-head.

Wolff praised Hamilton for continuing to find areas to learn, using his comments about Verstappen as an example.

“I think he's just faultless,” Wolff said. “That is no guarantee he will be all season, because we all make mistakes, and the car can break down.

“But his ability of learning, still, after so many seasons, is very impressive.

“If you have the possibility of following the other team and the other drivers so closely, then you learn even more and that may be an advantage.”