With seven races remaining McLaren currently holds the position on 83 points, while engine partner Renault has gathered momentum and is on 65 points after making a net gain of 25 over the Spa and Monza weekends.

All teams face the usual decision in the coming of weeks of when and how to switch their R&D focus fully onto the next year's car.

In McLaren's case the fact that the MCL35 will be the first designed under the leadership of James Key means it is likely to reflect a fresh approach and be less evolutionary than the new cars of some of its rivals.

Seidl says that despite the renewed pressure from Renault in the fight for fourth McLaren will not change its schedule once it has been finalised.

"We plan to continuously bring in small things for the next two or three races at least," he said.

"Then again we just have to see when we fully switch to next year's car on the development side. It's still something which is open.

"Of course we want to fight for this P4 as long as possible, but at the same time for me it's a lot more important to make the next step with next year's car, so I don't want to compromise next year by suddenly switching the focus on this year again. 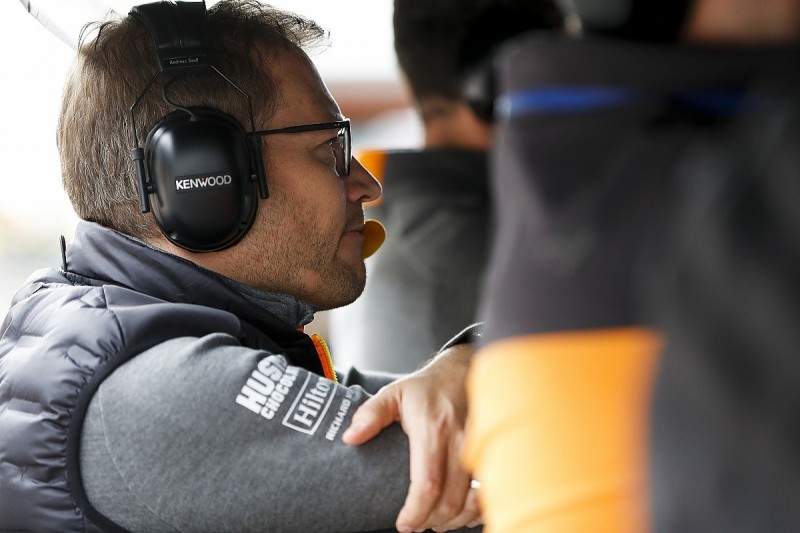 McLaren was outpaced by Renault at the low downforce venues in Belgium and Italy, but Seidl said it is impossible to predict how the advantage might swing in the remaining seven races.

"I think it's so difficult to judge this year," he said when asked about upcoming form by Autosport.

"Not just for us, it's for every team in the midfield. It's so dependant on the track characteristics, the Tarmac, the temperatures you're seeing, the way how you can set up the car, in which window you have to run the car for the different tracks.

"For example in Budapest we expected to struggle more, we have suddenly been the fourth fastest car.

"But with all the updates we've brought to the more normal downforce package before the break, and updates we still bring now also for the next race, we hopefully can keep up the fight for P4 until the end of the season."

Renault's fourth and fifth places in Italy coincided with a tough race for McLaren, as Carlos Sainz Jr lost a potential sixth place when a wheel was not properly fitted at his pitstop while Lando Norris could only salvage 10th after taking a power unit grid penalty hit.

That followed the disappointment in Belgium when Norris lost fifth place with a last lap engine issue and Sainz retired during the early safety car period.

Seidl said at Monza that following those blows McLaren had to "regroup, reset, analyse what happened in detail on the pitstop side, and then hopefully put more downforce on the track so we're back to where we've been before the shutdown in terms of being competitive".