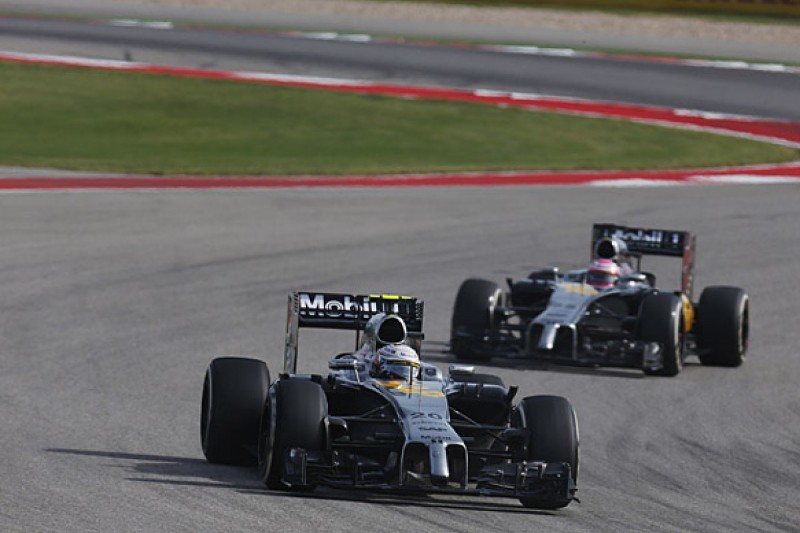 AUTOSPORT understands that Fernando Alonso has completed his deal to return to the team for the start of its new Honda era, but that McLaren is unwilling to make an announcement until it has chosen which of its existing drivers Jenson Button and Kevin Magnussen stays on as the double F1 champion's team-mate.

A McLaren statement said it did not want the topic of its 2015 drivers to interfere with this weekend's Abu Dhabi Grand Prix season finale.

"Selecting the optimal driver line-up for a Formula 1 team is clearly an important process, and it is therefore one that requires precise and prolonged analysis," it said.

"That being the case, and in order to avoid distracting the race team from its primary objective during the final grand prix weekend of the season, which is to secure the best possible on-track results, we have decided to defer our final deliberations relating to our 2015 driver line-up until a date no earlier than Monday December 1."

The team also revealed that it will run its Honda-powered interim car again in the test sessions that follow the Abu Dhabi race, "subject to satisfactory final bench-testing."

The MP4-29H/1X1 took to the track for the first time on a filming day with test driver Oliver Turvey at Silverstone last Friday.

McLaren confirmed it will bring "a range of aerodynamic upgrades" to Abu Dhabi as part of its development programme for both its current car and 2015.

The Woking squad has not won a race since the 2012 finale in Brazil and is fifth in the constructors' championship, 49 points behind Ferrari ahead.