McLaren has no plans to abandon its "very targeted" approach to its young Formula 1 driver programme, wishing to avoid the issue of struggling to place its talent

The team has brought a number of young drivers into F1 through its junior programme, including seven-time world champion Lewis Hamilton and current McLaren F1 driver Lando Norris.

McLaren does not currently have any drivers on its books as a young driver after Sergio Sette Camara left earlier this year to join Red Bull as a reserve driver.

But McLaren Racing CEO Zak Brown felt the approach of having fewer young drivers was the better one for the team to take, believing the signing of Daniel Ricciardo for 2021 proved there would always be outside interest in joining.

"We have a different philosophy," Brown said.

"I think you do run into the problem that the others have, where they have too many drivers and they start trying to place them with other teams, or they don't have a seat available when their driver is ready to be available.

"McLaren, especially with our recent progress, will always be a team that most drivers have a high desire to drive for, especially as we continue to progress.

"Lando is very young. We're just getting started with Daniel, so to have a driver knocking on our door in a year or two, we're not going to have room for them.

"I think we are more strategic, like we were with Lando, found him early, like we were with Stoffel [Vandoorne] - unfortunately that didn't work out. It worked out with Lewis, and just hand-picked a few when you just see they might mature at a time when you might have a seat available." 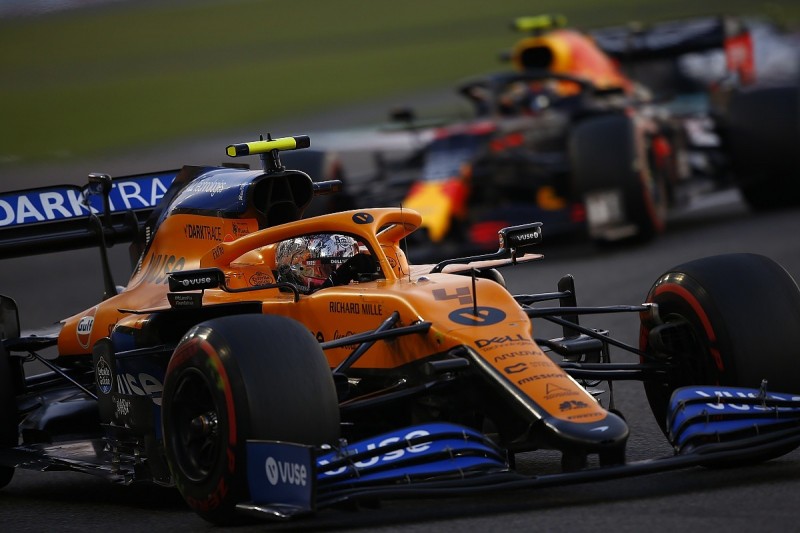 McLaren's approach contrasts that of both Red Bull and Ferrari, who have a number of young drivers as part of their programmes, but often struggle to find them seats.

Brown said that although there was no one currently representing McLaren's young driver programme, F1 team principal Andreas Seidl and racing director Andrea Stella were keeping an eye on those rising through the junior ranks.

"While it's great that Red Bull has found Max, they've gone through a lot of talent to get there, and at a lot of expense," Brown said.

"We're better off being very targeted. I think at this point, we're paying attention to what is happening in the junior formulas. We don't have anyone really on a junior programme at this point, because I think we wouldn't really have a home for them.

"But Andreas and Andrea pay a lot of attention to the junior formulas, and we'll in another year or two see who is out there."