The team released a statement on Wednesday that confirmed the Russian driver would join Mick Schumacher as an all-rookie line-up for 2021 as previously announced.

The team had been conducting an investigation into the incident where Mazepin appeared to inappropriately touch a woman in the back of a car which took place ahead of the 2020 F1 season finale in Abu Dhabi and was briefly uploaded to his Instagram account.

The statement read: "Haas F1 Team would like to reaffirm that Nikita Mazepin and Mick Schumacher will form its driver line-up for the 2021 FIA Formula 1 world championship.

"As per the team's previous statement regarding the actions of Nikita Mazepin (9 December) - this matter has now been dealt with internally and no further comment shall be made."

Haas previously released a statement to announce it did not condone the "abhorrent" actions that could be seen in the video, while Mazepin moved to "apologise for my recent actions". 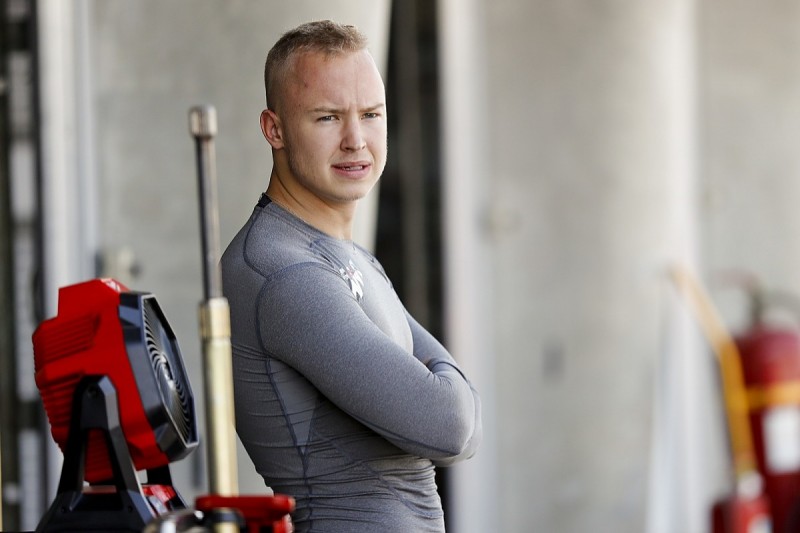 Guenther Steiner, the Haas team boss, told Autosport that: "We take it very seriously, as you saw with what we sent out [in the statement].

"I just want to reinforce that, that we will deal with it.

"I'm not going into detail on what we'll do and how we'll do it, but we take it seriously, and we will work to sort this out, what happened."

Speaking over the Abu Dhabi weekend, Steiner suggested to the media that the outcome of the internal Haas investigation was likely to be kept private.

"We had a race weekend going on, so I didn't focus on that one," he said. "That will be job for the coming week, when I'm back in the office at home. So I'm travelling, and then we will deal with that.

"But we spoke up until the race weekend started, and I said there's no point that we do anything now because there is a focus, which needs to be kept."

He added: "I can make an objective assessment, obviously.

"But as I said, I will deal with that the coming week. Maybe you guys will never know what was dealt with, and what are the circumstances, because I will keep them private."

How F1's teams developed their cars over 2020