Subscribe
Previous / Alpine: Ocon has to make "better judgements" racing team-mate Next / Driving the most realistic F1 sim you can buy
Formula 1 News

McLaren is certain that Oscar Piastri will provide a stern challenge to new Formula 1 team-mate Lando Norris, but has no fears their rivalry will cause friction.

After two seasons where McLaren has enjoyed a relaxed atmosphere between Norris and Daniel Ricciardo, the arrival of Piastri looks set to deliver a very different dynamic at the team.

Piastri is at a very different stage in his career compared to Ricciardo, and will want to make a name for himself after being at the centre of a tug-of-war battle between McLaren and Alpine over his services for 2023.

McLaren CEO Zak Brown says he has no doubts about Piastri's capabilities, even though he acknowledges that Norris is a tough benchmark to aim at.

Speaking about Piastri's prospects for 2023, Brown said: "I don't have any expectations or set out this is what he needs to do by this date. But I think Lando is as fast as anyone in F1. I think in race-winning equipment, he'd be winning races, I think probably everyone would agree with that.

"So Oscar is going to have a team-mate that's one of the fastest drivers in the world. But I fully expect Oscar in time to challenge."

Piastri's arrival will likely trigger a change of dynamic inside McLaren between its two drivers, but it is something that the team has no particular worry about.

Speaking before his departure, former team principal Andreas Seidl said at the end of last year that he did not anticipate there being any risks of tensions.

"To be honest, I don't think so," said Seidl, who has moved on to the Sauber team. "Obviously each driver is different: different personality, different character and that could end up in let's say a different relationship also between the two guys.

"But it doesn't necessarily mean that one or the other type of relationship is a better or a worse one. In the end the way Lando is as a guy, as a character, as a person, as a driver, and the way we got to know Oscar so far, I don't expect any issues." 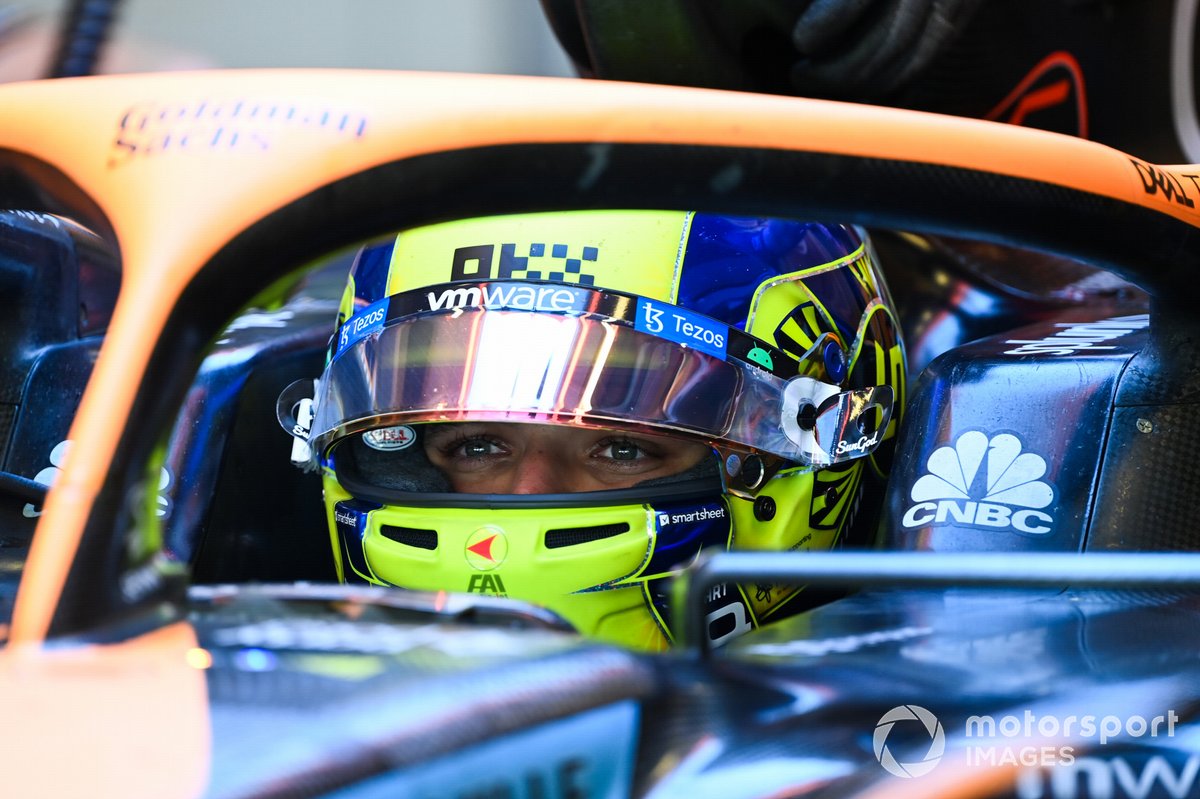 Brown has also praised the way that Piastri handled himself through the controversy of the battle between McLaren and Alpine over signing him for 2023 – especially in the face of criticism from his former boss Otmar Szafnauer.

"I've been very impressed with him how he conducted himself over the summer," added Brown. "I thought Otmar's comments towards Oscar were very unfair and not accurate: especially having sat through the CRB and knowing exactly what happened.

"He was very mature through the whole process, which for a 21-year-old was impressive. With having all that pressure and spotlight, he was not frazzled, and he kept his head down.

"I think he's going to be a future star. I think what's important is that we understand he's not raced for the year. We don't have a lot of testing. I wish there was more pre-season testing, not just for Oscar, just in general. He is effectively going to get a day and a half, which is not a lot.

"I think he's going to be competitive and push Lando, we just need to give him time to get into the team. He is a very serious individual. And he's ready to go."

Norris himself is equally a driver who has never had a bad relationship with a team-mate and even got especially close to Ricciardo through their time at McLaren.

"Of course, we're more than friends really," said the Briton about Ricciardo. "But I think it's something that with all of my teammates, I've always grown to have good relationships with them, and became good friends with them, I think on and also off the track.

"I always built a good amount of respect I believe between all the drivers that I have been with."

Driving the most realistic F1 sim you can buy