McLaren currently lies third in the F1 world constructors' championship, but Seidl says that Mercedes and Red Bull will remain out of reach until it can match them in terms of facilities.

The team currently uses the Toyota windtunnel in Cologne, but is constructing its own as part of its upgrading strategy at its Woking base.

McLaren has already made big strides under Seidl and technical director James Key, while it is switching to Mercedes power in 2021.

"Obviously, we have a clear plan in place what we think we need to do within the team in the next years in order to get back to the front in F1," said Seidl.

"This involves different aspects in terms of organisation, in terms of people, structure also. But I'm very happy with the progress we made already.

"And I'm very happy and convinced that we have all the talent on board at McLaren that we need to make this happen. The biggest deficit we have at the moment, to the bigger organisations that are the usual suspects, Ferrari, Red Bull Mercedes, also Renault to certain degree, is that we have a big deficit on the infrastructure side. 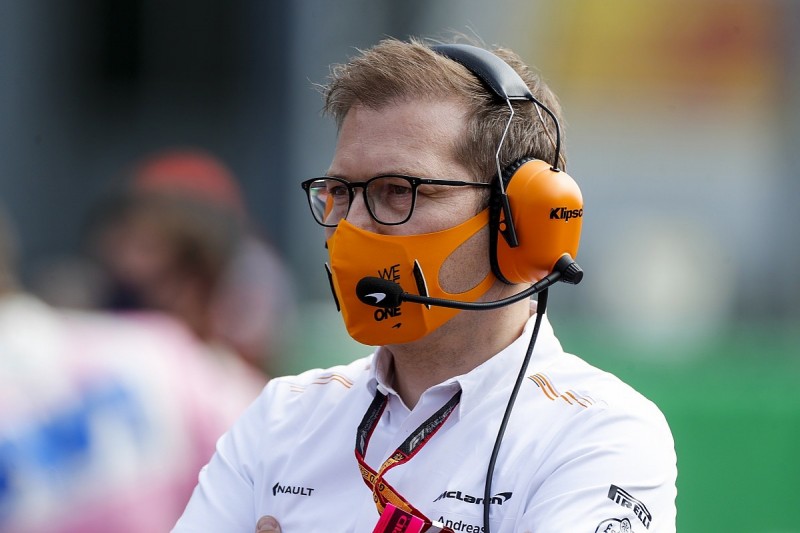 "That's something we're together with Zak [Brown] I push a lot to get this in place because I still think we have more potential within the team compared to what we're doing now, but there's a limit. And at some point you need the same level playing field on the infrastructure side."

"But we have a clear plan of what we need to put in place in the coming years. That takes time.

"So therefore you need to be also realistic of what you can achieve, but putting all this together combined with the new regulations also that come into the game from '22 onwards on the technical, sporting side and especially on the financial side. I'm convinced that we have done everything we need in order to make it back up again.

"And last but not least, we also have a great driver line-up, which we will continue to have from next year onwards, which is obviously also a very important asset to fight with the big ones."