Mercedes, McLaren and Renault have all agreed to convert a 2018 chassis to do two days of testing apiece with the new 18 inch rims and tyres later this season.

Ferrari boss Mattia Binotto said in Spain that his team does not have the time or resources to commit to the testing this year, but is likely to get involved in the second round of mule car running in 2020 - when more teams are expected to take part.

Brown was sceptical about Ferrari's reasoning.

"My guess is that they probably have the time and the resources to do it, but have other reasons why they don't want to do it," said Brown when asked about the topic by Autosport.

"We want to contribute to the sport, and also learn about the tyres."

Brown conceded that while being involved in the tests will be useful, it will not necessarily be a significant advantage for the three teams taking part.

"Ultimately if you run it, the information is going to be shared," he added.

"So I don't know if it will give us a headstart, but it is certainly not going to hurt.

"All data and information and experience is good. But I don't think it will give us or the teams doing the testing some big advantage."

Racing Point technical director Andy Green said his team preferred to opt out and wait for the 2020 mule car testing, when the new tyres will be closer to their final spec.

"We don't have the capability to do it," said Green when asked about the test programme by Autosport.

"Is it a big advantage for them? I think it was a disadvantage last time [ahead of the 2017 rule change - pictured below], not doing it. 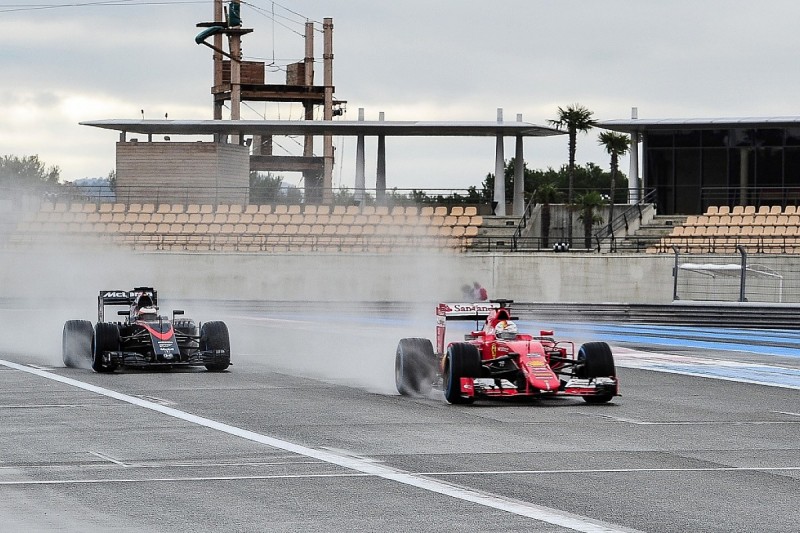 "Is it going to be next time? I don't know. I hope not, but we're also quite happy to do the learning when the specification has been finalised.

"You could end up confusing yourself [with the prototype testing], which is why we're comfortable taking the actual tyres that we're going to run, and learning from those.

"The bigger teams have probably got enough knowledge to sieve out bad data and just focus on the important stuff."

But he acknowledged that 2021 will represent a more significant change than in 2017, when tyres were made wider alongside that year's aerodynamic rule changes.

"Because of the change in tyres, it would appear to be much bigger than previously - not just a change in geometry, but a change in characteristic with no blankets, that's a big thing," Green said.

He added that even with Pirelli contributing to costs, mule car running would be an expensive exercise.

"It's a significant programme, the change in architecture that's required," said Green.

"You're probably looking at four or five people. It's in the hundreds of thousands."

Horner: Verstappen "phenomenal" since stepping up gear after Monaco