The identity of Mercedes' future line-up remains the subject of intense speculation after only concluding a one-year contract extension with Hamilton in February, while team-mate Bottas has been on one-year deals for several seasons.

That means Mercedes is free to swap drivers for 2022 when Mercedes protege Russell, who starred in last year's Sakhir Grand Prix when filling in for a COVID-hit Hamilton, will also be available upon the conclusion of his three-year Williams deal.

Mercedes team boss Toto Wolff said after the Sakhir GP that it "must not be carried away" by Russell's performance, as he was twice denied victory by a bungled tyre change and a late puncture, and stressed that seven-time champion Hamilton was "still the benchmark".

Hamilton said on Thursday that 2021 did not feel like his last in F1, but Mercedes may need to look elsewhere if Hamilton does opt against continuing beyond this season, with Red Bull team leader Verstappen tipped to be the Briton's long-term successor in Brackley.

Verstappen's Red Bull deal runs until 2023, but contains certain performance clauses that could enable him to switch teams as early as next winter.

Red Bull team boss Christian Horner admitted that Verstappen "would naturally be the driver at the top of the list" should Hamilton retire and now McLaren's Brown has predicted both the Dutchman and Russell will make the move to Mercedes next year.

"It seems to me that that would be the logical choice for Mercedes," Brown said when asked about a Verstappen-Russell pairing at Mercedes. 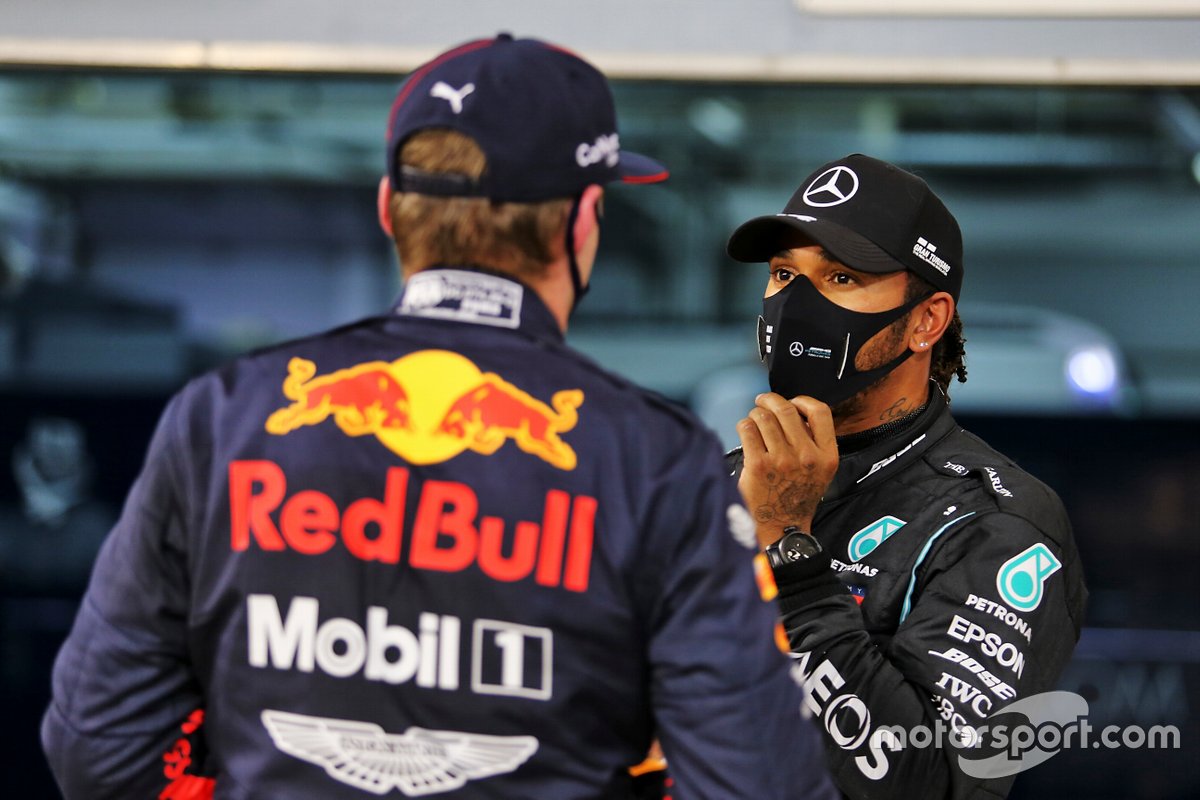 "Whether that actually ends up happening or not, and I'm not trying to stir it, that's kind of what it looks like would happen to me.

"I think that would be a common sense move by Toto to make, but I have no insight if that will be what happens."

Speaking at the launch of the Mercedes W12 last month, Wolff admitted Verstappen was on his radar but said he would first start talks with his current drivers before looking elsewhere.

"Max is certainly an outstanding young driver that will be on everybody's radar in the future," Wolff said.

"But as I said before, we are not flirting outside before we have a clear understanding with our two drivers."