Fernando Alonso took sixth to score McLaren-Honda's best result since he finished fifth in last year's United States GP, and also set the fastest lap of the race in the closing stages.

His team-mate Stoffel Vandoorne scored his first point of the year in 10th.

"I'm really pleased for the drivers, the mechanics and everybody back at [McLaren HQ in] Woking," Neale told Autosport.

"To pick up some points and move ourselves forward is always nice and validates the package.

"We had a reasonable upgrade programme here, all of which has worked and we got ourselves a bit of reliability in the short term which is nice as well.

"But it has been a tough first half of the season and I think everybody will be looking forward to a break."

The nine-point haul meant McLaren moved off the bottom of the constructors' championship table to ninth, ahead of Sauber, as F1 heads into its summer break.

The result provided a welcome boost for a team that has endured a disastrous season so far, courtesy of poor engine reliability and performance.

"We go from last to ninth," said Neale.

"It's all progress. It's the thrill of the chase as much as it is the outright winning. It will make victory taste sweeter.

"There are a lot of reasons to be optimistic about us going forwards.

"There is plenty of energy in the team and there are some frustrations of course but that's not getting in the way of us moving forward." 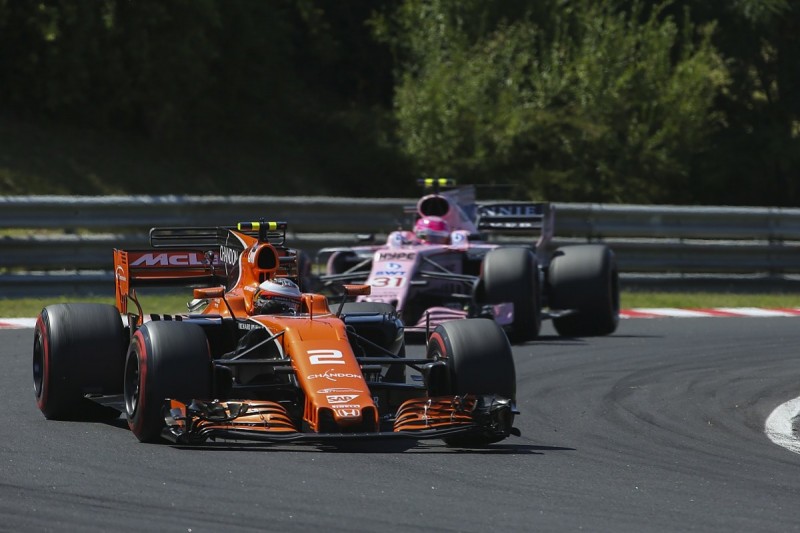 Neale feels Vandoorne may have finished one place better, ahead of Force India's Esteban Ocon, had he not missed his marks when he pitted on lap 42 of 70 at the Hungaroring.

"Stoffel ran long and everyone had to reset, including the jackman," said Neale.

"So everyone is waiting for the jack to go under before you can get the wheels off.

"It was a reset because everybody was about half a metre to the right.

"We're not used to running tyres that long and it's easy then to come in and forget you haven't got the grip you thought you had.

"We lost maybe a place there but still pleased.

"But Stoffel has driven a great few weekends for us now and his confidence is climbing."