Formula 1's first test has revealed a number of innovations not obvious on carefully-manipulated launch images, including an aggressive rear suspension design on the McLaren-Renault MCL33

McLaren has opted for a bold repositioning on the inboard connecting points of the upper wishbone.

The team had to revise its suspension late in the car design process because of the switch from the Honda to the Renault engine, but McLaren's designers were clearly keen to extract maximum aerodynamic benefits from that area.

The result is a design that reshapes and co-joins the wishbone elements to produce the most aerodynamically efficient shape possible.

McLaren has a history of pushing suspension designs for aerodynamic benefits, in recent years integrating it with diffusers or rearward aerodynamic devices to help airflow at the back of the car.

Back in 2013, it was the first team to introduce a bracket on the top of the wishbone to help clean up airflow that was being channelled inside the rear wheels.

The following year it went further by repositioning the location of the wishbones so they were more streamlined - with the lower one shaped so that it could act as an aerofoil, as had been used in 2007.

It also adopted one of the most extreme suspension solutions seen in F1 that season, with the butterfly shaped rear suspension to help channel airflow and increase the effectiveness of the diffuser. 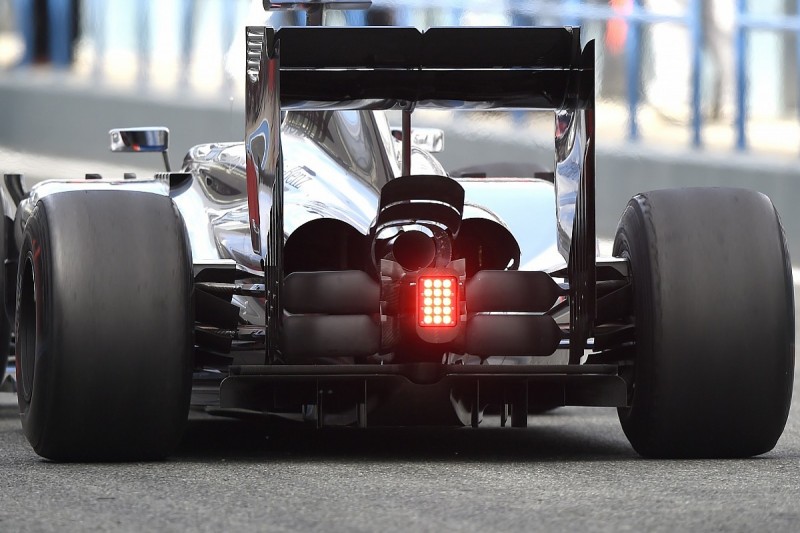 For 2015, McLaren changed the angle of the wishbones dramatically - with the top one much further forward than the bottom one. Again the aim was to help the diffuser extract more air than would otherwise have been the case.

Attention more recently has shifted to making big aero-brackets from the wishbone elements, with Toro Rosso in 2015 experimenting with this at the rear of the car.

Now McLaren has gone a step further, with the whole upper elements forged into a near single unit to help create an aerodynamic boost.

The pickup point of the pushrod link has been moved as far away from the rear wheel as possible to help free up airflow. 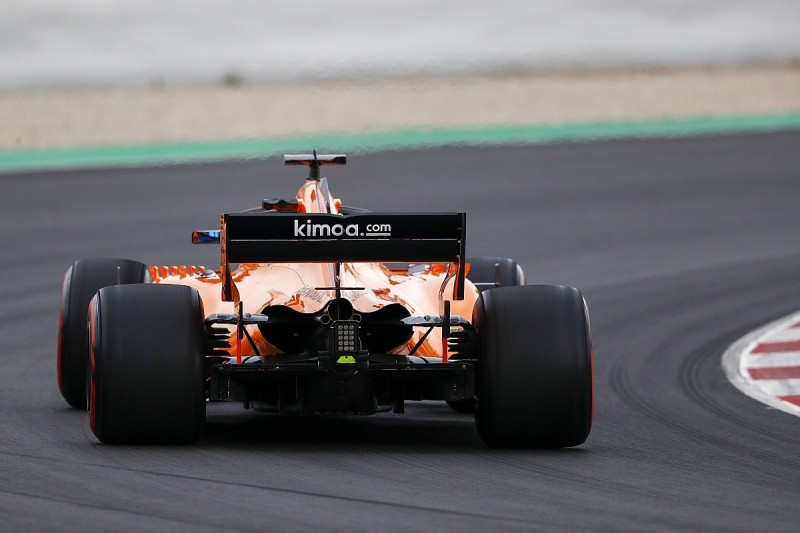 Teams are constantly battling the effects of airflow inside the rear wheels and any developments to reduce external interference here will be welcomed by the aerodynamicists.

The move does create potential suspension compromises in terms of weight and stiffness.

But McLaren will almost certainly have concluded that the aero benefits of its approach outstrip these negatives.

Karting on snow with Raikkonen