Haas Formula 1 driver Nikita Mazepin said he was "very angry" at himself for his lap one retirement in the Bahrain Grand Prix after losing control in Turn 2.

From 19th place on the grid Mazepin tussled with teammate Mick Schumacher going through Sakhir's first corner combination, but then lost control over his car on the Turn 2 exit kerbs.

The Russian rookie tried to catch his car but veered off to the left and hit the wall, ending his F1 debut after less than a mile.

Mazepin took full responsibility for his mistake, saying he was very sorry for his team. 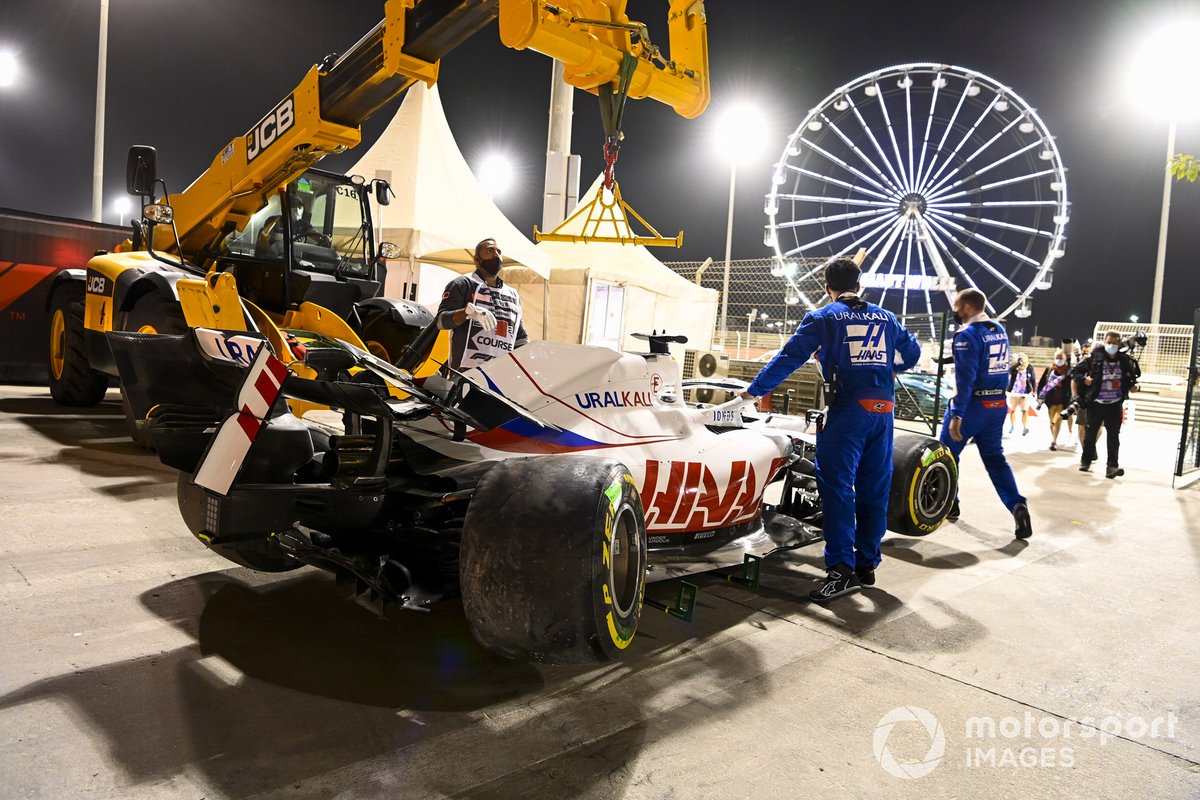 Mechanics with the damaged car of Nikita Mazepin, Haas VF-21

"My tyres were cold and I got on the kerb and took too much throttle and spun. Totally my mistake," Mazepin said.

"Very sorry for the team, because they deserve to do much better than that, so yeah, very angry with myself.

"Mick was very close, so I was very focused on making sure we don't make contact and then got on the kerb and took too much throttle and lost the car. And there was no way to catch it back."

Mazepin said he hoped one of his "worst days" would provide another learning experience for him after a rough start to his F1 career.

"Well, I was driving one and a half days before the race season starts. Whenever you go into your first weekend, you obviously learn so much so there are definitely positives to take.

"I know it sounds a bit strange, but doing a whole weekend itself was a big learning experience. Lots to take from it, but also one of the worst days."

Teammate Schumacher also suffered a spin during the race in the uncompetitive Haas VF21 and took the chequered flag in 16th, one lap behind the frontrunners.

Team boss Gunther Steiner said he told Mazepin "to keep his head up" after his disastrous debut but was happy with Schumacher's performance.

"Yeah, he was pretty beat up," Steiner commented. "I mean, I just said to him keep his head up and keep on going, you know?

"It's not ideal what happened but it happened, so he beats himself pretty badly up. But he is ready to go again, so we pushed him up again.

"Otherwise, Mick did a good job. So at least we achieved half of what we wanted to achieve."