Verstappen struggled to match Ferrari and Mercedes for pace in qualifying, citing a lack of grip after earning only fourth place.

In the race he jumped Lewis Hamilton at the pitstops to claim third.

Though that was an improvement on the previous two races at Spa and Monza - both wrecked by first-lap incidents - Verstappen was not satisfied with landing only the third podium spot.

"Not good enough," he said of his weekend. "We came here to win and clearly didn't.

"[Qualifying] I think was worse than [the race], but I would say it's a little wake-up call.

"From Austria onwards, it's maybe our worst race in terms of performance - where we expected to be really good.

"I have a few ideas why it went wrong, so we will analyse all of them and see if we can already be better in Sochi.

"The layout is not that amazing for us but you can clearly see if the car is working through corners or not.

"I think here, clearly, in too many corners the car was not working like I wanted it to.

"We'll go home and see what we can do better."

While pleased to have jumped Hamilton's Mercedes, Verstappen said he could do nothing about the Ferraris ahead once into third.

"I could follow, a bit. I was not in a position to attack, but at least I could follow the cars ahead of me around, they never really pulled away," he said.

"Of course initially it was all about tyre management anyway, so I was driving really slowly. 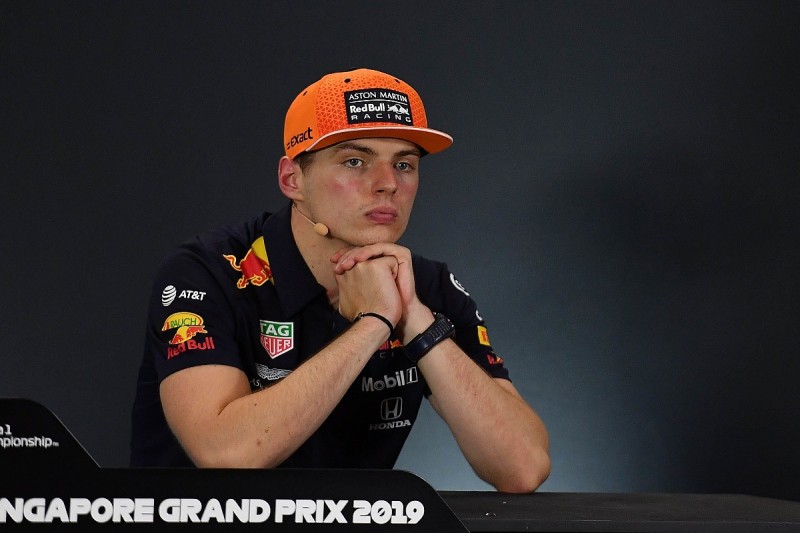 "I think we pitted at the right time, undercut Lewis, that was very positive and from there onwards it was just about staying alert with the safety car restarts as well.

"We managed everything quite well and for us after the difficulties we had in qualifying it was still good to be on the podium."

Red Bull technical chief Adrian Newey acknowledged that it had been a difficult weekend for the team.

"We weren't very happy with our qualifying performance so from fourth on the grid third is probably the best we could hope for," Newey told Autosport.

"Mercedes took a risk that by boxing we would get held up by the cars that we then had to overtake.

"We got through, and the trouble was that the option tyre was dropping off so quickly that Lewis wasn't actually going any quicker than [Antonio] Giovinazzi at the head of that train."