Kubica announced ahead of the Singapore Grand Prix that he would be leaving Williams at the end of the season, although he had not made his mind up what he wanted to do.

While he has been linked with other racing series including DTM, the likelihood is that he will want to retain some F1 ties.

Haas team boss Gunther Steiner has revealed that he is discussions with the former grand prix winner about a role for next season, which could include some Friday practice running.

"Anything is possible and we are talking with him," explained Steiner.

"I always talk with a lot of people, try to make things better. But I don't know yet [if it will happen].

"I need still to speak with Robert if he wants to do it now he has decided he is leaving Williams, but I don't know his other plans." 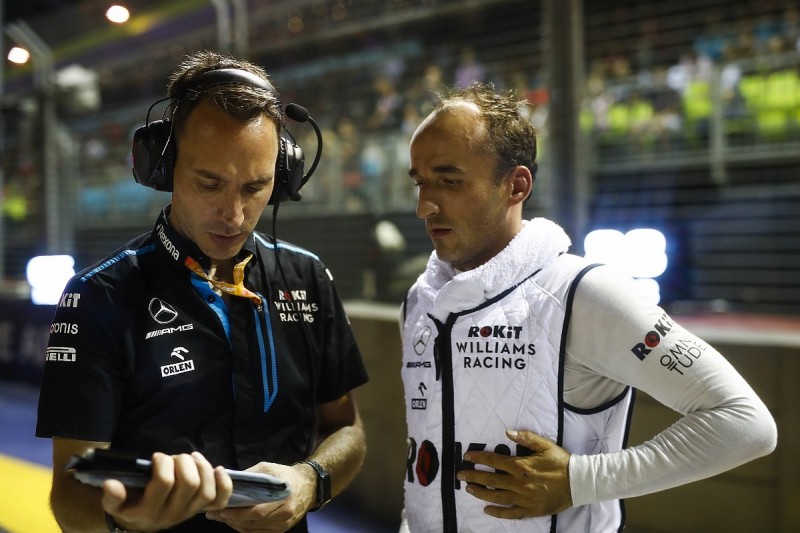 Although Kubica has had a challenging first campaign back in F1 since 2010, Steiner said he remains convinced about the qualities he could bring to Haas in terms of his technical knowledge.

"He's got lot of experience, and he is known to be one of the best test and simulator drivers around," he said.

"I think he cannot do a full-time job, or he doesn't want to. But he is a good benchmark."

Should Haas conclude a deal with Kubica, Steiner said it would make sense to give him some Friday runs.

"With no testing next year we need to do it, because otherwise there is no point to put someone in the simulator who cannot make a correlation," added Steiner.

"We need to do tests or free practices. That's all part of it.

"But I think we are getting ahead of ourselves here. It [the discussion] is in infant stage, but it is possible."

Racing Point has also been strongly linked with giving Kubica a similar role.