Given that its Renault power unit is lacking compared to Mercedes and Ferrari, Renault elected to trim out Max Verstappen's wing in a bid to not lose out too much.

But although Verstappen managed to qualify on the second row - just three tenths adrift of Sebastian Vettel - Horner said that the team was still losing out on top speed.

"We are pretty much at Spa levels of downforce and unfortunately we are still seven tenths down on the straight," Horner told Sky Sports of Verstappen's set-up.

"But both drivers have done a great job there. Fourth and fifth we can still race well from there.

"I think Mercedes have gone at this race - this tyre is really suiting their car on this surface, so as long as they don't screw it up tomorrow they are in pretty decent shape.

"But we have really got a race with Ferrari."

Daniel Ricciardo didn't get a chance to try Verstappen's wing levels due to the rain that fell in FP3, so he stuck with a higher downforce setting which he expects will make him "pretty slow" compared to the leaders in the race. 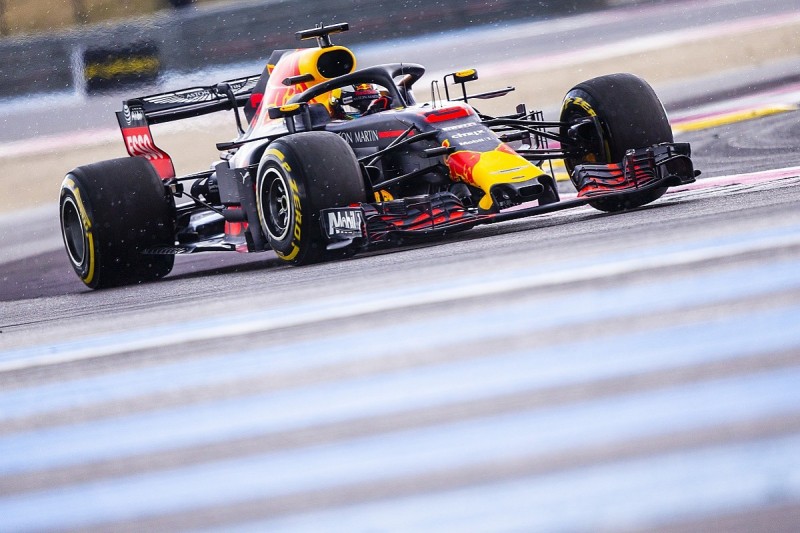 "We split the cars yesterday on downforce levels so Max went low and I was higher," he said.

"Obviously we were pretty evenly matched yesterday and it looked like the low was worth trying so I put it on for FP3 to try it out but didn't get to try it because of the weather.

"So would we jump into qualifying with something that we haven't run yet?

"We [decided] 'let's do what we ran all day yesterday and we know'.

"It was a little bit slow on the straights. A frustrating session, not really much more to do in qualifying.

"Of course come 4.10pm [for the race] I will be confident, but on paper we are going to be pretty slow on the straight compared to the guys in front, but if it rains we might be the lucky dogs."

Ricciardo believes without the rain that affected FP3, he would have ended up running the lower downforce too.

"Max's FP1 was not very good and they had a few issues, and he had more downforce in FP1 and they said 'OK let's take it all off'," he said.

"I think after yesterday afternoon they said 'this is the only good session we have had let's keep it because it is what we know'.

"It was a bit the same with us, after FP3 once we didn't get the running we just went with what we know.