Leclerc made it into the final part of qualifying for the first time in his fledgling F1 career and will start eighth, two places behind the man he could replace at Ferrari next season Kimi Raikkonen.

Four-time champions Hamilton and Vettel have previously tipped Leclerc for great things in F1 and Paul Ricard poleman Hamilton said it was "very, very impressive" to see him make Q3.

"There's a lot of pressure for him, being here in the south of France, so it's really, really good," said Hamilton.

"I'm happy for him, particularly in that car, he's done a great job with what he has - probably even more, which is what you hope from a good driver."

Vettel said he had been alerted to Leclerc's performance by seeing Sauber team principal Frederic Vasseur's reaction to it on one of the circuit's big screens during qualifying.

"I saw on the screen that Fred was happy so I knew one of his drivers did well in Q2," he said.

"Eighth is an impressive result, they are still quite a long way behind with the car.

"For him he's doing the job, it's good for him and for Sauber as well to be up there and have chance to score points." 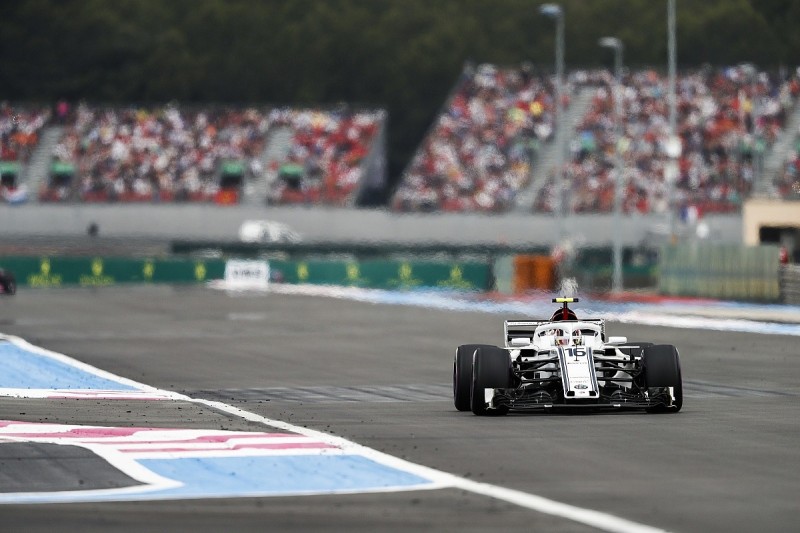 Leclerc is in a rich vein of form having scored points in three of the previous four grands prix.

He called his qualifying result "just unbelievable" and said it was "the best recovery" of his career from one day to the next, having finished more than a second from the top 10 in Friday practice.

"Yesterday was a disaster, the car didn't feel great and I was not driving very well," said Leclerc.

"We changed the car completely today, I felt a lot better.

"I have no words to describe how I feel right now. We all should be proud, the team and I of what we achieved."

Vasseur called it a "huge feeling" for his team to reach Q3 for the first time since the 2015 Austrian GP.

He said Leclerc and team-mate Marcus Ericsson, who made it into Q2 and qualified 15th despite having minimal track time after a fiery practice one crash, had a "huge recovery".

"For Charles it's a special test because it's the first Q3, and P8, and in France," Vasseur told Autosport.

"It's a great feeling for him.

"He did always the big push to get into Q2 and Q2 was not always the best lap of the weekend.

"Today he did a much better job in Q2 than before. He did a fantastic lap in Q2."