Verstappen's rapid rise in F1 with his promotion from Toro Rosso to Red Bull earlier in the season had a galvanising effect on the attendance at Spa for the Belgian Grand Prix.

The event was a sell out and attracted an influx of orange-clad Dutch fans, reminding Horner of the crowds at venues in Germany when Michael Schumacher was in his heyday, or even Mansell-mania at Silverstone.

Verstappen certainly entertained with his front row start and his aggressive style of racing, although he only finished 11th and was criticised by rivals for his defensive tactics.

"All the seriously gifted and ambitious drivers have that streak within them," said Horner.

"I remember Sebastian [Vettel] getting criticised a few years ago, and there have been a few other drivers that history has demonstrated who have shown that fighting spirit.

"That fighting spirit is part of why there was such a big crowd [at Spa]. It was great to see the passion and enthusiasm.

"Unfortunately their man didn't figure in it, but it demonstrates the drivers are the heroes in this sport and occasionally that special one comes along. 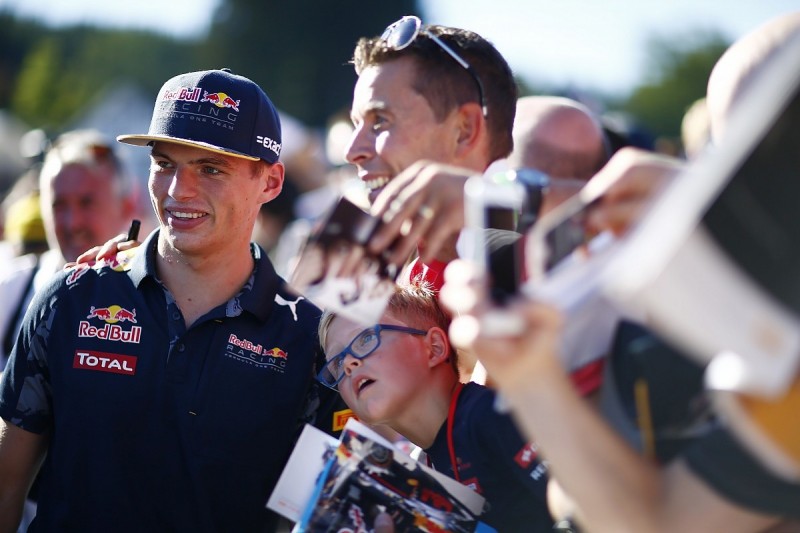 "I haven't seen anything like that since the Schumacher times, or Alonso in Spain, or Nigel Mansell at Silverstone.

"It has really had an enormous effect, and hopefully we will see that at more venues in future races."

Verstappen acknowledged the impact of the crowd who also supported him in huge numbers on Friday and Saturday.

"To be in front of your fans is great. I could see a lot of fans cheering me on and showing all the Dutch flags," said Verstappen.

"There are some long straights, so you have some time to look at them. That gives you a lot of motivation and a special feeling.

"It's my second season in F1 and to already have so many fans is, of course, amazing."

Time for Verstappen to choose his path