The 27-year-old was on his second run during the first stage of qualifying when team-mate Charles Leclerc spun exiting the final corner.

Ericsson came through the corner shortly after Leclerc spun, but after being told by the team it was only a single waved yellow flag he only gave away half-a-second.

This was not enough to satisfy the requirement of not attempting to set a meaningful lap time in such circumstances.

"In the end it was my mistake but it was a bit of a misunderstanding because we have a procedure that the engineers call out 'yellow flag' or 'double yellow abort lap'," said Ericsson.

"On the pitwall they mixed it up and they called out 'yellow flag', so in my head I was on my qually lap and I knew I needed to lift but can continue the lap.

"I was reacting like it was a normal yellow and that's what I told the stewards as well, I just said it was a bit of a mix up in communication, they could hear on the radio the team call out normal yellow.

"I should have aborted the lap so it was fair enough." 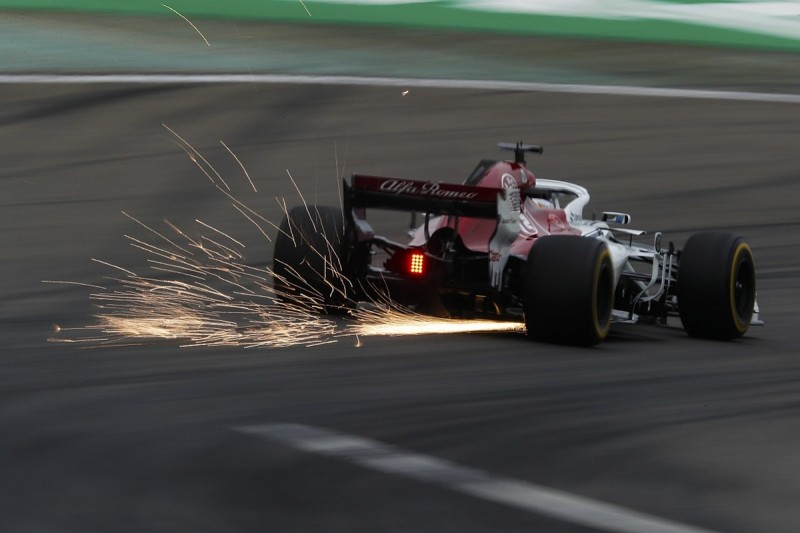 Ericsson explained that he reacted correctly had it been a normal yellow flag by braking early for the Turn 16 right-hander.

"I did exactly like I was supposed to do, you show that you've respected the yellow," he said.

"I braked I think 50 metres early, went down an extra gear and went through the corner safely."

Ericsson's five-place grid penalty is not set to influence his starting position, as he qualified 20th and last after locking up at the Turn 15 headline on his final lap.

Leclerc improved on his final run to qualifying 19th, and he was thankful for keeping the car out of the wall with his Turn 16 spin.

"It was a really good last corner until touching the grass and then it was pretty tricky, the grass was wet so I just lost it," said Leclerc.

"I don't know if taking it back is the word, or luck, but both of them helped us get back on the track and we had the chance to do a third stint."