Esteban Ocon felt he was one lap away from disaster in the Belgian Grand Prix, his Formula 1 race debut with Manor

Mercedes junior Ocon enjoyed a solid maiden outing after taking over a Manor race seat from Rio Haryanto, who failed to find the funds required to complete the season.

The 19-year-old stayed out of trouble on a chaotic first lap - unlike team-mate Pascal Wehrlein, who crashed into McLaren's Jenson Button - and went on to finish 16th of the 17 who saw the chequered flag.

Ocon, however, had to contend with a major handling issue throughout most of what he felt was a "quite good" race.

"We took the opportunities that were on track, putting some pressure on the guys in front," he said.

"And I made my way through on the first lap, staying out of trouble, which was important to do.

"But after that we broke a brake duct which made me lose a lot of time, so that wasn't ideal, and it was very tough to finish with the tyres at the end.

"I was losing performance, losing aero - around one second per lap.

"At the end that's why it was so tough to finish with the tyres. One more lap and it would have been a disaster. It was really that close.

"Without that we would have been more competitive, maybe even taking a Renault [Jolyon Palmer]." 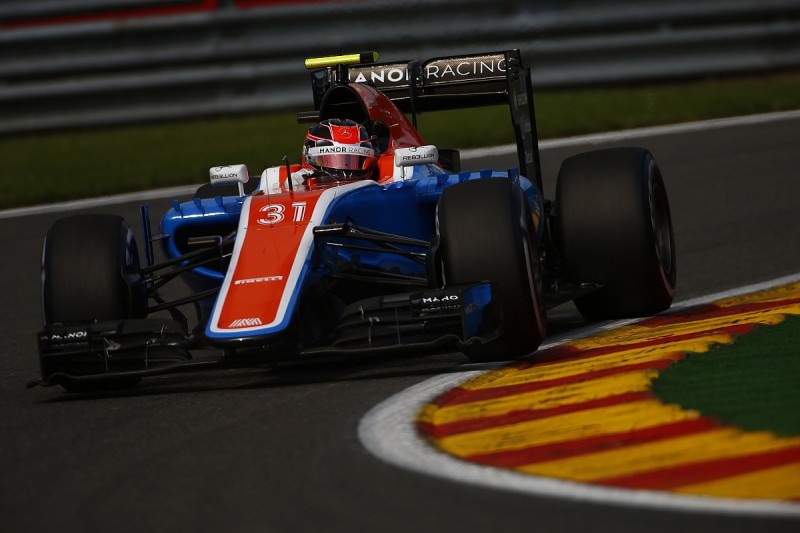 Ocon feels comfortable with the car and Manor, but finds tyre management difficult to understand compared to what he has been accustomed to racing in categories including Formula 3, GP3 and the DTM.

"I still need to arrange the details a bit with the super-soft," assessed Ocon.

"The races are quite similar, but to manage the tyres is worse in F1 than I was expecting compared to GP3 or any other series.

"So I had to learn everything, but now I'm going to get used to it more and more. I've seen how it works so I can expect something now."

Wehrlein made Q2 at Spa to qualify 16th and scored Manor's only points of the current campaign at the Red Bull Ring in July.

This weekend's Italian Grand Prix at Monza is another low-downforce outing that should suit the team's MRT05.

"Let's see in Monza how good it's going to be, the car is going to be good there as there are some new bits coming, so we can look forward to that," Ocon added.

"Overall the car handles pretty well, which is quite good. It's just a bit slow in the corners because of the grip, but other than that the balance is good and it feels nice to drive.

"There are a lot of good things in this car, and with good tracks we can prove it is quick."

Why Verstappen did nothing wrong