Manor has terminated Rio Haryanto's Formula 1 contract after the Indonesian failed to meet his contractual obligations, replacing him with Renault reserve Esteban Ocon

Haryanto signed at the start of the year but only had enough funding to carry him through to the conclusion of the Hungarian Grand Prix.

He secured a deal to race in the following race in Germany in the hope he could get his investment sorted for the remaining nine races of the season after the summer break.

It is believed Haryanto's management has had trouble convincing the Indonesian government to look beyond his results and explaining the competitive nature of F1.

With the investment not forthcoming, Manor has now taken the decision to replace him with Ocon, who is a Mercedes junior and has been performing the role of reserve driver for Renault this season.

Manor has offered Haryanto the role of reserve driver for the remaining nine races of the season but it is unclear whether he will accept.

"Rio has been a much-valued member of our team since January, when we signed a contract with him for this season," said racing director Dave Ryan.

"Some time ago, his management indicated that they were experiencing difficulties honouring the obligations of that contract beyond the Hungarian Grand Prix.

"Rio's team have worked tirelessly to try to resolve that situation with his Indonesian backers and we have supported those efforts as much as possible, including allowing Rio to race in Germany.

"Unfortunately we reached a point where, in the best interests of the team, we were forced to explore other options for the remainder of the season.

"We are very pleased to continue our support for Rio's Formula 1 ambitions, by offering him a reserve driver role for the rest of the current season.

"We very much hope that he will accept that offer." 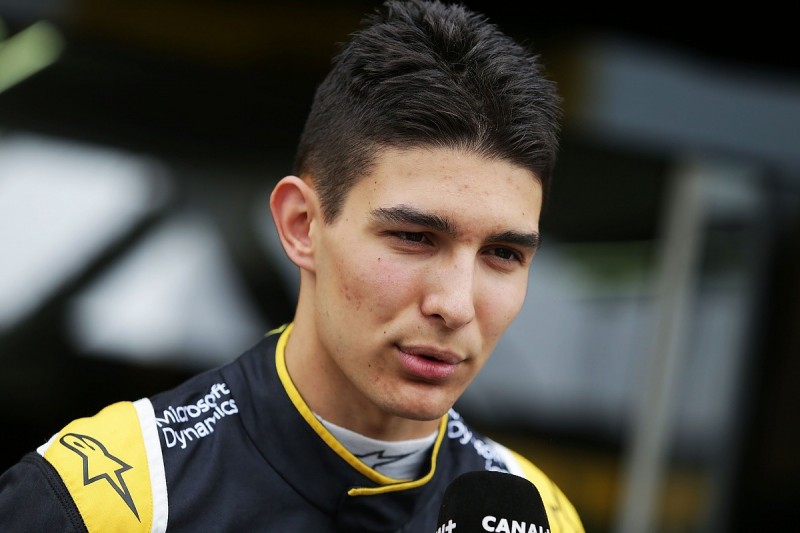 "Esteban is clearly one of the rising stars of F1, shining in his reserve driver role with Renault, while also competing in the DTM with Mercedes this year," added Ryan.

"Our team has made significant strides in 2016, including finishing in the points for the first time in Austria last month.

"We need to maintain our pace of development in order to achieve our ambitions, not only for this season but also for the longer-term, so the calibre of a replacement is key.

"We're confident that when Esteban makes his grand prix debut in Spa, we will have a very potent line-up with which to take the fight to our immediate competitors for the rest of the season."

Renault has chosen not to name a replacement reserve driver and will instead choose from its pool of test drivers, which includes GP2 racers Sergey Sirotkin and Nicholas Latifi.

Ocon has been racing for Mercedes in the DTM this year, and the manufacturer will replace him with its reserve driver Felix Rosenqvist for the remainder of the year.