Magnussen was eliminated in 16th place in a messy Q1 that took over an hour to complete due to red flags called for rain and a spin for Haas team-mate Romain Grosjean.

Drivers had time to complete one final flying lap when the session resumed, only for yellow flags to be shown at Turn 3 following a spin for AlphaTauri driver Daniil Kvyat.

Despite the yellow flags, the majority of drivers managed to improve their lap times, with Magnussen being shuffled back to 16th after abandoning his effort, leaving the Haas driver fuming.

"I respected the rules, and I backed off and aborted the lap," Magnussen said.

"There was definitely a yellow flag. Someone is in the gravel in this corner in the outside, and the rules say you have to abort the lap, not just lift off or anything - it says abort the lap, which I did.

"I was three seconds slower than my best lap, and the track was better, so everyone else pushed and improved their laps, and I'm now knocked out of Q1. At the time I was P7. 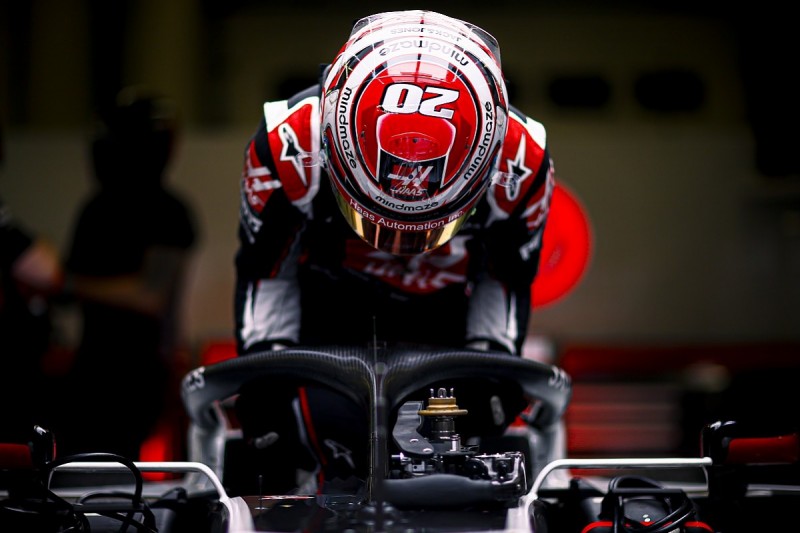 The stewards confirmed at the end of Q1 that they would investigate all lap times set under the yellow flag once qualifying had been completed.

But Magnussen remained frustrated, believing the penalties that would be handed out would not make up for his Q1 exit, and said in future he would simply break the rules.

"These guys will get three or five positions," Magnussen said.

"That's not going to make a difference for me.

"Next time there's this situation, I'm going to have to push, because I'd rather get three positions from P7 than now P-whatever I am."

Asked if he would speak to race director Michael Masi, Magnussen replied: "Of course, because if this is the norm, if this is normal, then I can't justify backing off.

"I'd rather get through and get a penalty after.

"So you know, it's dangerous."