Strong pace through practice had put Magnussen in contention for Q3, but he lost time behind Hamilton and Daniil Kvyat in Q2 and ended up 13th.

He will start 11th thanks to grid penalties for McLaren duo Stoffel Vandoorne and Jenson Button.

Speaking about his traffic frustrations, Magnussen said: "Lewis was the worst one but he was not the only one.

"On the last corner he made a mistake, and then wanted to cool down his tyres and he had quite a big space in front of him so he didn't need to back off.

"I was on a lap that would have been just about Q3, and I had to back off.

Magnussen said the traffic situation was exacerbated by the fact that drivers were having to run very slow out-laps to carefully manage tyre pressures.

"It has been tricky, and that is why traffic is even more detrimental," he said.

"If you get traffic your tyres cool down as well, and you fall out of the window - so your whole run is screwed, at least for us.

"We struggled to get the tyres back in.

"On the second run in Q2 I had a clean out-lap that was good and I thought this would be good, I have my tyres in the window. 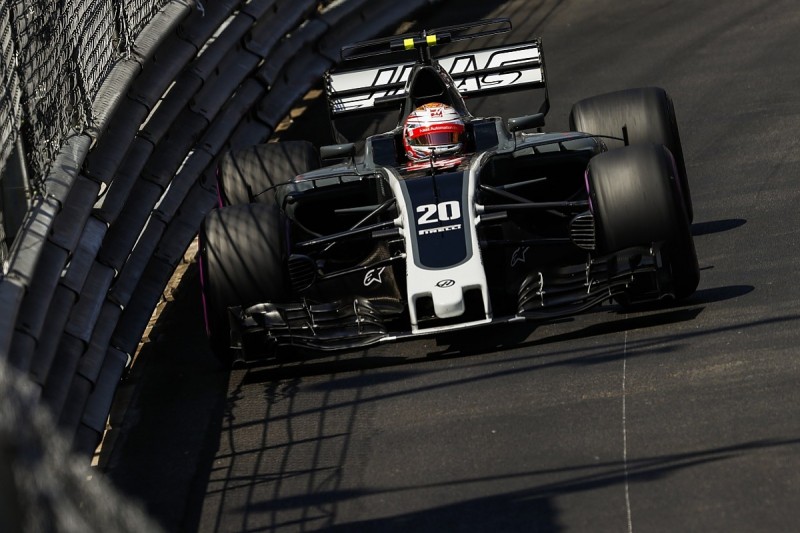 "Then I caught Kvyat on my first lap, who was on an out-lap, also cruising around and not looking in his mirrors, so I slowed down and unfortunately cooled down my tyres.

"On the second one I had a decent lap that would have been OK for Q3 and then Lewis slowed me.

"On my first run in Q1 I had traffic, and on my second lap too.

"It was just one big traffic mess and I was a bit unlucky this time as well."

Magnussen was convinced that without the traffic issues he would have been on course for a place in the top 10 of the grid.

"The conditions came to us and I just think it could be really good.

"I just didn't get the lap free of traffic, it is always the thing here.

"Looking at Romain [Grosjean] who had a clean run, I have been able to match him or have had a little bit of a margin to him all weekend, and he was P8.

"So it makes it even more annoying."