Lotus' reserve, reigning GP2 champion Palmer has so far stepped in for Grosjean in the opening 90-minute runs China, Bahrain and Spain.

The Frenchman suggested last week he would likely miss 10 overall this year, which would have a considerable impact on his preparations for race weekends.

Palmer, however, feels Grosjean has been unimpaired so far.

"In the last race [in Spain] he had contact with Pastor [Maldonado] which dropped him back a bit, but he's done a good job.

"In the Friday sessions I've done he couldn't have done more in the race as he finished seventh in China, seventh in Bahrain and eighth in Spain.

"Maybe seventh was possible in Spain, maybe, but it's not been possible to do any more.

"Obviously he's not happy because it's never nice to be not driving. I'm quite aware of that because I'm not driving a lot.

"But overall I think he understands, and it's really not having an effect at the moment." 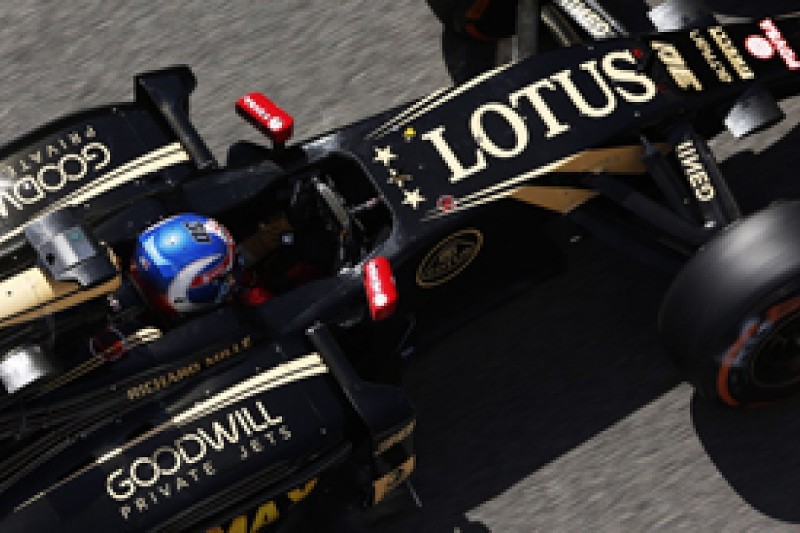 Palmer's time in the car, in stark contrast to previous Lotus reserves, means he is putting himself in the shop window for a race seat with the Enstone-based team, or elsewhere.

In addition to his Friday outings, Palmer topped the second and final day of the in-season test at Barcelona on Wednesday, albeit courtesy of a late run on the supersoft tyres.

"It was important for me to be driving the car as much as possible in this role because Davide Valsecchi, and even Charles Pic last year, didn't really do a lot," said Palmer.

"You can't further your career if you're not driving a car. You can be as good as you like at talking to the engineers, but if you're not able to show what you can do you're no better off really.

"So that was really important for me. So far it's actually gone really well, every time I've been in the car the engineers are really happy, the team are happy so it's good for me that they're happy to put me in even more.

"It's also important because my main goal is to be racing here next year, and the fact I'm under their noses they can see exactly what I'm doing.

"Other teams won't know what we're doing in terms of the plans, Lotus have a better idea, but yeah, other people can see the job I'm doing and you never know what will happen in the driver market really.

"Obviously, if I'm not driving for Lotus then I'll try and get a job somewhere else."