Michelin Motorsport director Pascal Couasnon has confirmed this week the French manufacturer would be prepared to bid for the next supply contract to F1, with current provider Pirelli's deal due to expire at the end of 2016.

Couasnon has stated, however, Michelin will only enter if it is allowed to make durable tyres and F1 switches to 18-inch rims, as it currently supplies to Formula E.

Neither of those suggestions interests Ecclestone, who told AUTOSPORT: "At the moment Pirelli have gone through a period where they know exactly what we want.

"That's always difficult for them because if they make a tyre that is a bit on the limit, as we know, they get slaughtered.

"But in the meantime they are prepared to do that.

"All Michelin would do is make a rock-hard tyre that you could put on in January and take off in December because they don't want to be in a position where they can be criticised.

"That would make absolutely 100 per cent sure, if there was a question mark about Mercedes winning, it would be removed.

"It would be all the things we don't want, and goes against all the things Pirelli have had the courage to do from what we have asked, which has made for some bloody good racing. 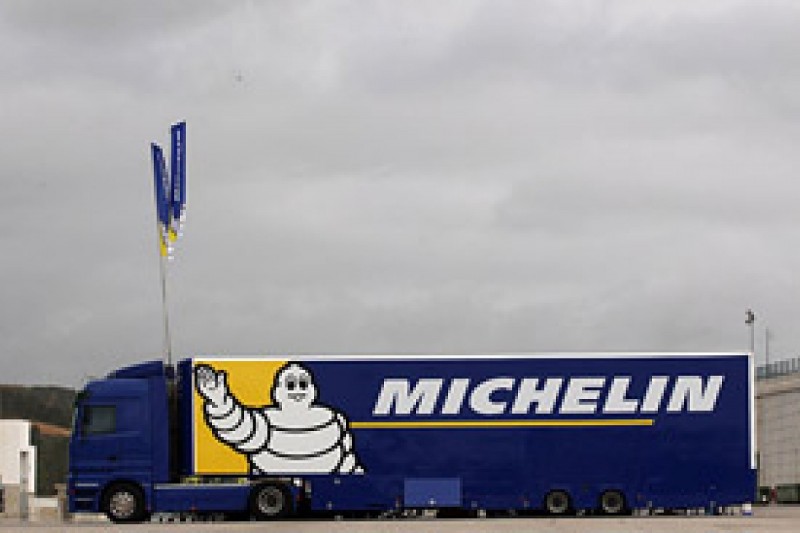 "If we had a rock-hard tyre, we could just forget about that."

Ecclestone is also unimpressed by Michelin's preference for 18-inch tyres.

"I don't like them. They're horrible looking," he said.

"We want our cars to look aggressive, to look like race cars.

"Pirelli will always do what we ask them to do, and if we had to have an 18-inch rim they could do it.

"At the moment we don't need to change the tyres because what is currently working works well."

AUTOSPORT understands there will be a proposal on the table from Pirelli at Thursday's Strategy Group meeting to switch from the current 375mm width rear tyres to 425mm, last seen in 1992.

The story behind F1's financial structure