Drivers have been subject to the same tight restrictions on broadcasting video from the paddock as anyone else, and some - including Hamilton - have found themselves in trouble.

"If you look at football, social media is so much greater, they utilise social media a lot better in football, in the NBA, in the NFL," Hamilton said during the Mercedes 2017 launch at Silverstone.

"In F1 every time, for example, I would have posted a picture or a video, I would have got a warning from the FIA, or notice telling you to take it down.

"This year I am hoping that they will change that rule, and allow social media for all of us, because social media is obviously an incredible medium for the world to communicate with.

"It is a super easy free tool to grow for the sport, for us to use, to share it, to engage with other people.

"There are people who are following me who have not been F1 fans for a long, long time, but one of their friends who happens to follow me or one of the other drivers has said to follow, and [they have] since started to watch the races."

Mercedes boss Toto Wolff agreed with Hamilton on the role of social media, and believes that Liberty will be able to make changes sooner rather than later. 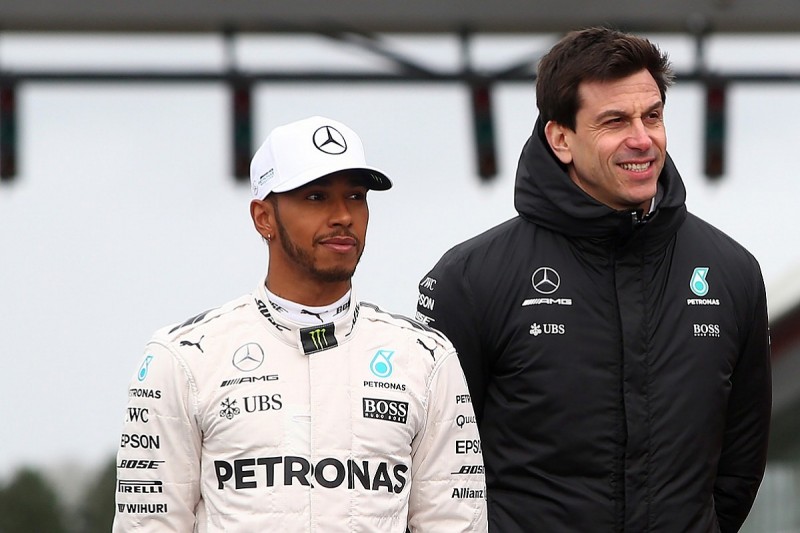 While major issues, such as the distribution of income among the teams, remain subject to long-term contracts, Wolff says that other tweaks to enhance to show could be seen as early as this season.

"You are always limited by contracts and also part of the success of F1 was long-term contracts that give F1 stability," said Wolff.

"But that also means you might not be able change everything at once.

"But I think there will be quite some short-term changes, things that are possible to be implemented.

"At least what we have heard, in terms of enhancing the show at the track, giving access to the paddock, giving teams and the media more rights, and the drivers more rights."

Wolff confirmed that various members of the team have been in contact with Ross Brawn and F1's other new bosses.

"We have spoken to each other a couple of occasions, a few times over the last weeks," he said.

"As a team, various team members in their fields, we had a very regular exchange, with Ross, with Chase Carey, and with Sean [Bratches].

"They are interested in hearing our opinions, and hearing where we see deficits, and where we see opportunity."