Lewis Hamilton: Talk of sealing 2017 F1 title in US Grand Prix is 'silly'

Ferrari has been potentially competitive enough to win each of the last three grands prix, but has let itself down through mistakes and poor reliability, allowing Hamilton to extend a 59-point advantage over chief F1 title rival Sebastian Vettel.

Hamilton can clinch the championship by winning this weekend's Austin F1 race, provided Vettel finishes sixth or lower, but Hamilton believes such an outcome is unlikely.

"Talk of the championship win here is silly really," he said. "Sebastian, you cannot expect him to have a difficult weekend, they are going to be quick.

"He has been strong all year. He has had a few technical issues, but the car is as good as it has always been.

"They will be strong this weekend and the last four races. That is why nothing changes.

"I have to continue to keep the pressure on. There is no reason to back out, I have to keep pushing forward.

"The championship - as long as it is done in the last four races that is my focus.

"I honestly don't care if it is here or the last race, as long as it is done.

"I think winning [the race] here is the most important thing for me - particularly in the midst of all that is going on in the country. That is a priority for me."

Hamilton has won four of the five races held since F1's August break, a run that has propelled him to the position of championship favourite. 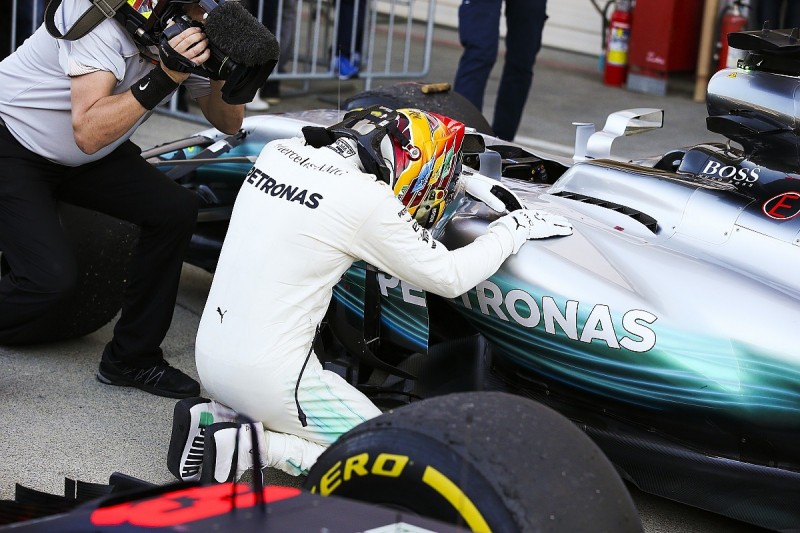 He says a combination of better understanding of the Mercedes W08's weaknesses as the season has gone on, coupled with support from the team to let him live his life the way he wants, has helped improve his form.

"It has just really been that confidence of understanding the car a lot better this year - particularly in second half of the season," Hamilton added.

"Knowing strengths and weaknesses and evolving processes we work together, so we often hit the ground running with a balance I am more comfortable with, which enables you to step forward easier in the right direction.

"On the driving side, there are a lot of positive things happening in my life, a lot of interesting things I forecast in the next 18 months.

"That is an exciting and uplifting thing, so I am arriving at these races with an abundance of positivity [that] keeps me in the right place.

"Toto [Wolff] and the Mercedes team have been supportive of the things I am in to and the way I move, which enables me to be in that position, which I really appreciate."