The two-time world champion's new deal was finally made official on Thursday ahead of the United States Grand Prix, after months of speculation about his future.

It was believed Alonso wanted a one-year extension in order to be available for when other possibilities open up after 2018 following three frustrating seasons at McLaren-Honda.

However, the Spaniard insisted he has committed to a multi-year agreement with the Woking squad, which will be powered by Renault engines next year after parting ways with Honda.

When asked if the deal was just for 2018, Alonso said: "No. We never discuss the contract clauses and we are not going to do it now, but it's a long-term contract and we'll see how things go.

"But I'm very excited for next year, with different expectations and keen to put McLaren back where it deserves to be. I want Australia to arrive already."

The McLaren driver said he carefully examined all the options available before deciding to stay, in what he labelled a "cautious process".

"From the first moment I believed that McLaren's project - or at least the chassis side - had taken the right step in terms of aerodynamics and mechanical grip. 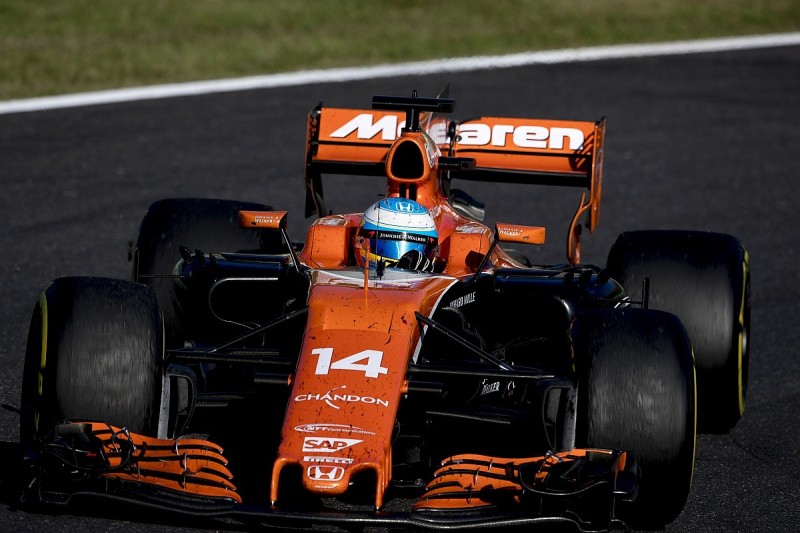 "We left all doors open, I talked to everybody who wanted to talk, with all the different projects I had on the table, but the most convincing one was McLaren's.

"They had their own particular situation with the engine: they needed to decide if they were sticking with Honda or changing supplier.

"In the end they decided to change supplier and move to Renault and we had to wait a few more weeks to have all the information about the engine that I wanted.

"But now it was time to make a decision and the decision is to stay with them because I think we can be very competitive next year."

Alonso, who won his two titles with the Renault team in 2005 and 2006, admitted re-uniting with the French manufacturer will be special for him.

"It's very exciting. Driving again for Renault, even though it's just the engine, is a good feeling," he added.

"Now we have to step up and make it happen."

Lewis Hamilton: Talk of sealing 2017 F1 title in US Grand Prix is 'silly'