McLaren supported Hamilton's career all the way from karting to Formula 1, and he raced for it from 2007-2012, winning his first world championship with McLaren in 2008.

Hamilton's departure to Mercedes coincided with a downturn in McLaren's fortunes, and the team has not won a race since he left.

It is currently enduring a difficult first season back with Honda power, which Hamilton said is tough to witness.

"We all know it's been difficult for them this year and it's definitely hard for me to see that," he said.

"It's such a great team, such a huge team, that's had such great success, and it's a team that I was a part of for many years.

"It feels very abnormal to see them in the position they're in right now."

However, Hamilton believes that McLaren has what it takes to turn its fortunes around. 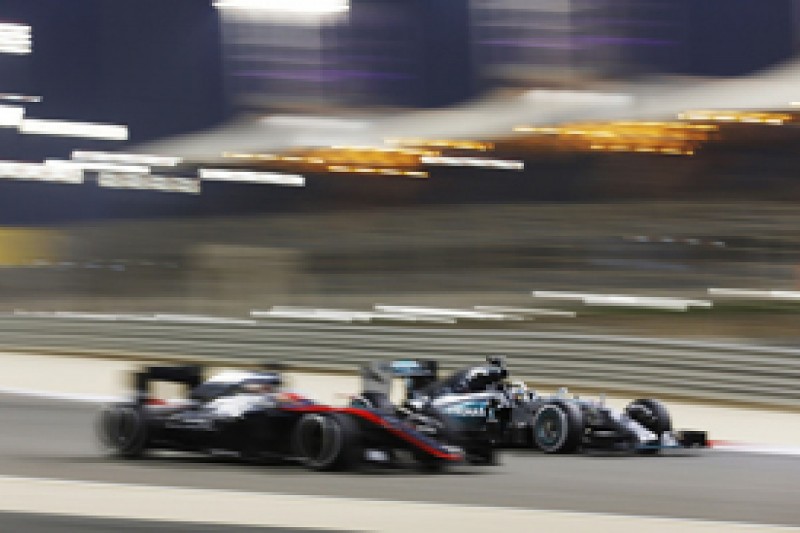 "You've got the great Ron Dennis there, a lot of great engineers, and a team spirit which eventually I believe will pull through," he said.

"It's a dark place for them right now but hopefully there is light at the end of the tunnel."

McLaren driver Jenson Button, who spent three years alongside Hamilton at the team, said it's important for the squad to maintain the right attitude.

"We all fight to keep the smile - it's a difficult position for all of us," said Button.

"I have really crappy days, like all of us, and moments I'm not happy.

"There's no point being down now, because that's not going to help us improve.

"So it's about giving good feedback and trying to make the most of every situation. Smiling's better than frowning."

Button's team-mate Fernando Alonso added: "It's true the competitiveness we have now is not what we wanted or what we expect.

"We knew this is the first year [with Honda] and quite a difficult time, but I'm still optimistic and happy with the progress of the car.

"We need to fix some problems but we are definitely going in the right direction.

"With the current rules everything requires a bit of time because you are with tied hands for many things."