Mercedes needed to change the water pumps on both its cars ahead of the Austin race, which led to Hamilton's car having a significant weight imbalance across the front tyres.

Hamilton said after finishing only third from pole in the US GP he had faced multiple problems, and has now elaborated on the issue that was originally a mystery when he addressed the media post-race.

"They took the car apart in the morning, and when they put it back together, the car was unbalanced," said Hamilton.

"So [I had] a massive cross-weight issue. It was something like 50kgs, which was massive.

"So, the right front and the left rear would take all the weight, the car would not turn through the left hand corners.

"It felt very strange out there. It felt like I had a massive tail wind or something when I was going through places like Turn 19.

"I think if we hadn't had that problem it would have been a much different race."

Pirelli upped its rear tyre pressures ahead of the Austin race in response to the changing conditions over the weekend.

Hamilton's team-mate Valtteri Bottas said those changes, which applied to every team, did not help performance. 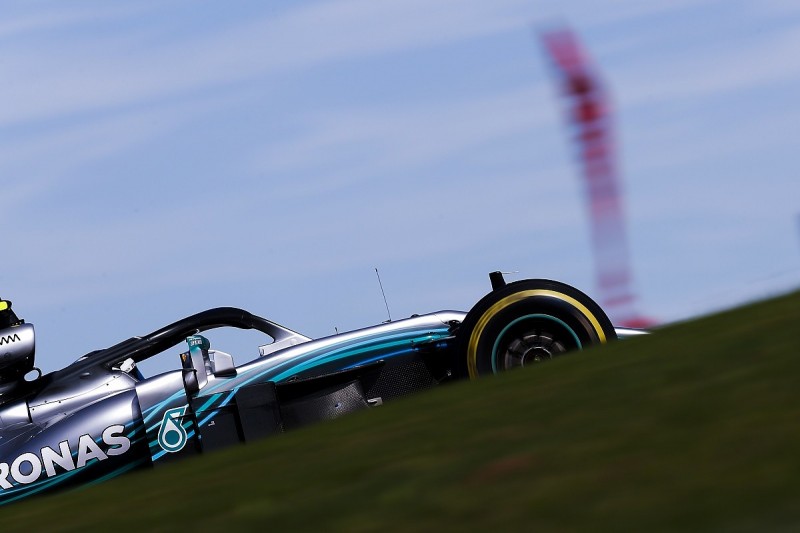 "That made a difference for sure," said the Finn. "We know that the car wasn't in 100% condition in terms of mechanical set-up for the race, and we also got caught by the tyre life predictions we had.

"I think also the difficult balance we had in the race was partly because the Pirelli limits were raised from Saturday to Sunday.

"The car wasn't as good to drive anymore around the lap as in qualifying.

"With the sub-optimal balance the tyre wear was higher, that made it more difficult.

"It looked worse actually than I think the pure pace of the car could have been with optimum balance."

Mercedes has also come under scrutiny after it emerged post-weekend it had made last-minute tweaks to a rear wheel rim concept that had been under the spotlight ahead of the weekend.

There has been no update on the issue ahead of this weekend's race in Mexico, but it was previously understood that the FIA remained happy with the original wheel rim design and the team was likely to push for further clarification about the matter.