The Mercedes driver has shared driving duties with team-mate Valtteri Bottas on both days so far, clocking 66 laps on Tuesday to add to the 73 he completed on day one.

"I'm finding the car is much more physical to drive than in the past," said Hamilton.

"It's so much faster in the corners. The force you feel on your body and on your neck is much higher.

"I've got bruises and bumps where I've never really had them before.

"Physically I feel fine though, as it's only half a day of testing.

"I've trained enough over the winter to be ready for more."

After the first day of testing, Hamilton and Felipe Massa suggested the 2017 aerodynamic package will make overtaking harder as they found it tougher to follow other cars. 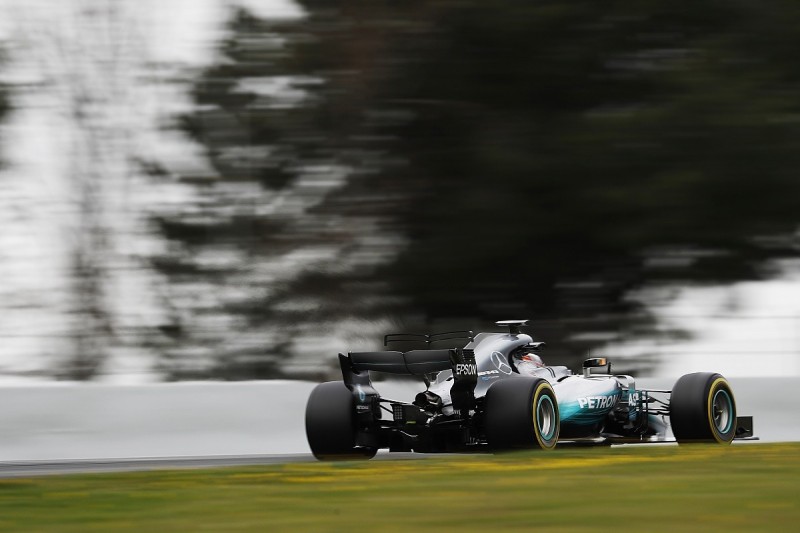 But Max Verstappen disagreed after getting his first taste of 2017 machinery on Tuesday.

"I've been quite close to some cars," said the Red Bull driver.

"[Following other cars] is alright, I think it's the same as last year.

"[Overtaking] should be pretty similar.

"We just have to wait and see but hopefully we won't need to overtake."

Jolyon Palmer felt the higher speeds through corners were "the biggest difference with the new cars".

He added: "We have a lot more drag this year, the straight-line speed doesn't feel particularly impressive.

"Traction with the new car is so much better, drivability is probably a little bit less of a factor because of that.

"The tyres are a massive step. There is much less degradation.

"For us, it's quite nice as you can really lean on the tyres. There are going to be a lot of one-stop races."