Hamilton qualified and finished third, unable to challenge the cars ahead even though eventual winner Daniel Ricciardo was hobbled by an MGU-K failure.

Fernando Alonso labelled a race of little incident "the most boring ever" and Hamilton suggested amending the circuit layout or mandating more than one pitstop might improve the landmark GP.

"It's got the biggest build-up," he said. "It's the most special race of the year.

"I was thinking, 'It's just a shame that the race isn't as exciting as the whole spectacle and the track is'.

"There's no place like it, but I think Formula 1 needs to apply a different rule or schedule or something. You shouldn't be able to do a one-stop here.

"Maybe it's got to be a different format or something here. It's got to be more mixed-up things - I don't know what.

"You look at NASCAR, they put in a bunch of safety cars for no reason at all to bunch the pack up. There's like 100 yellow flags in the race to bring them all together.

"Maybe we need two races here - who knows? That was the longest 78 laps ever. It was long."

Until the 1960s the Monaco GP typically lasted 100 laps and ran to over three hours.

The Monaco GP originated as a conceit to enable the Automobile Club de Monaco to be recognised as a national club by the AAICR, the forerunner of the FIA, because Monaco's Rallye Monte Carlo did not take place within the principality's borders and so did not count. 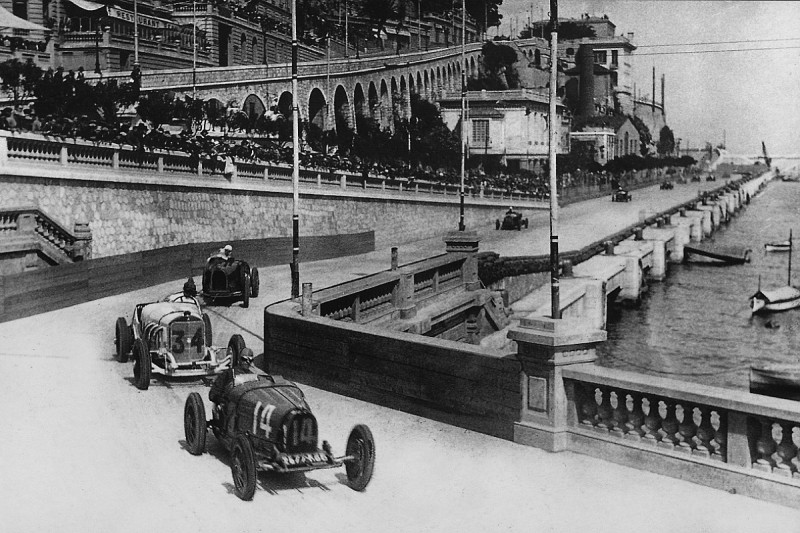 That meant the only way to satisfy the membership criteria was to host a race on the streets, and the present circuit layout is very similar to the one used for the inaugural event in 1929.

Automobile Club de Monaco president Antony Noghes spent months surveying the streets on foot and believed his design to be the only possible configuration.

Since the 1960s, land reclamation projects have made more real estate available in what was once the sea, including a new development currently taking shape on the outside of Portier before the entrance to the tunnel.

"I said to Prince Albert the other day, maybe it's time to make it [the track] longer," said Hamilton. "We're doing 1m11s around here.

"There's more roads - do we change this great track and make it even better?"

Monaco's tight layout makes it vitally important to maintain track position since overtaking is difficult, especially given the additional width of the current generation of cars, so preserving the tyres to execute a one-stop strategy on Sunday was key.

"From a racing driver's point of view, we just weren't ever pushing," said Hamilton. "We had to back off massively.

"It's just insane how little I was pushing - the least, probably, that I can ever remember."