Both Kimi Raikkonen and Sebastian Vettel suffered tyre dramas in the closing stages of the Silverstone F1 race, with Vettel dropping from fourth to seventh place when he had to stop for replacement rubber on the penultimate lap.

Hamilton had been mindful of the condition of his tyres in the closing stint after a small blister appeared on his front right, but says that when Ferrari hit trouble he went into full conservation mode.

"The team said generally it wouldn't be a problem but [blistering] did appear," said Hamilton when asked by Autosport how much he was managing his tyres.

"Then I heard about the blow-ups and I backed off.

"I went basically to half or 60% throttle everywhere, so I was really slow the last two laps.

"I was basically three, four seconds off the pace. I just wanted to bring it home.

"I had a 19s gap so fortunately I could have gone slower, but I didn't feel I needed to." 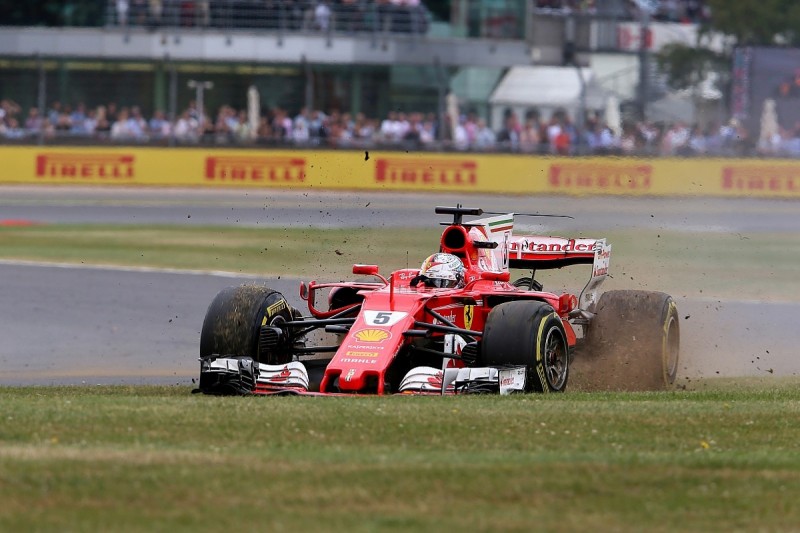 Pirelli believes it may take a few days to work out exactly what caused the Ferrari failures, as its investigation at Silverstone on Sunday night has thrown up no obvious explanation.

It remains convinced that Vettel and Raikkonen had different problems.

The tyres that failed are being flown back to Pirelli's Milan headquarters where detailed forensic work will take place to try to understand whether the issues were caused by wear, debris or another factor.

"I believe we need to send some of the tyres to Milan to make a better analysis but obviously we are pushing to have something in a few days," said Pirelli's F1 racing manager Mario Isola.

"We are investigating 360-degrees. I am not excluding anything. To be sure, we need to come to the right conclusion and we need to be with an open mind and consider everything.

"It is too easy to say it is wear [related] and close the investigation. This is not professional from our side.

"It is important we find the right answer. It could also be a puncture, we don't know."

Isola does not believe that Raikkonen's failure was wear related from running too long a stint, and is confident that neither issue was caused by structural problems.