Hamilton's victory last time out at Austin cut the gap to 26 points to Rosberg ahead of this weekend's Mexican Grand Prix, but the latter still only needs two seconds places and a third in the three remaining races to win his first title.

"Of course it's intense but at the same time, there is an easygoing side lately," he said of the relationship with Hamilton.

"It's not something I think about too much really.

"I try to do my thing and try and get the best possible result."

Mercedes wrapped up the constructors' championship in Japan, making the drivers' title fight the focus for the remainder of this campaign.

Rosberg said there is a good mood in the team despite the title race between the drivers nearing its conclusion.

"This team feeling, pulling in one direction, and having a great time together...the atmosphere is awesome," he said.

"As an example, we had a great party on Sunday in Austin with all the mechanics and engineers together. 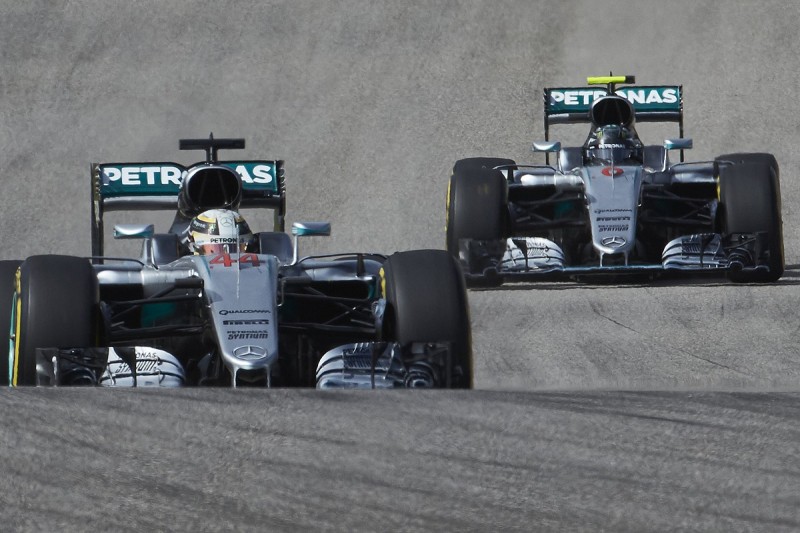 "It's great as the team has come a long way and in every area we're so strong now.

"Everyone is thrilled by this battle which we're finding ourselves in.

"It's exciting to be in this championship battle with Lewis towards the end of the season.

"We've been there before, but anyway, it's very cool."

F1 boss Bernie Ecclestone was quoted this month as saying there would be nothing to write about if Rosberg won the title while last year, he said a title win for the German would be bad for business.

Rosberg said he has clarified the situation with Ecclestone.

"I spoke to him personally and he said that's not exactly way he said it," he added.

"I'm here to win races, not to please everyone out there.

"There are always going to be people who have opinions that will be going against me in some way or other.

"That is the nature of the business, it is always going to be like that, so I like to focus on the people who really support me and that's it."