Sebastian Vettel could be forced to find a "new level" in 2019 due to the arrival of Charles Leclerc at Ferrari, according to his former Formula 1 team boss Christian Horner

Horner oversaw Vettel's four championship-winning seasons at Red Bull, but also his final campaign at the team, in which he was outperformed by newcomer Daniel Ricciardo.

While he is yet to win a title for Ferrari, Vettel had the better of team-mate Kimi Raikkonen from 2015 to 2018.

"Charles is a really exciting talent," Horner said. "For the sport it's great to see.

"Sebastian's now 31, you've got these youngsters coming through starting to put pressure on the established guys. From a sport point of view, it's fascinating.

"He [Vettel] had Kimi pretty easily covered. He might have to work a bit harder with Charles but he may now find a new level.

"So it might in turn be good for him to be pushed even harder." 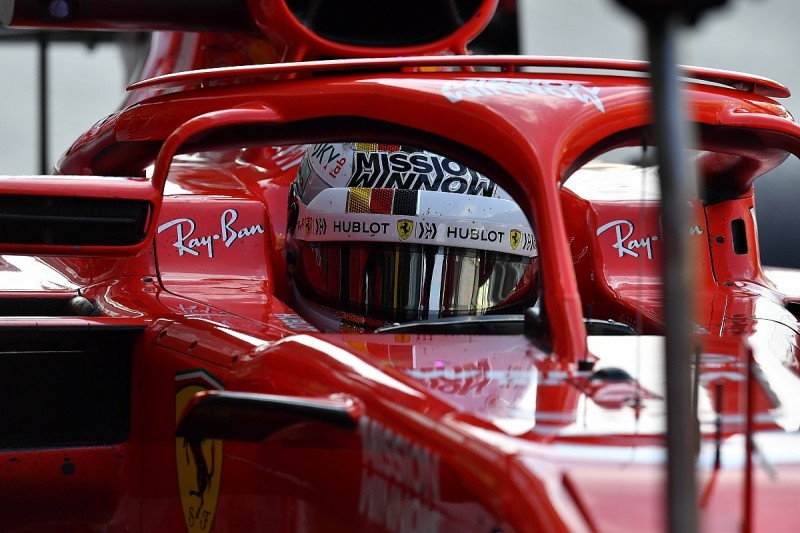 Despite Ferrari producing much more competitive F1 cars in the past two years, Vettel suffered two defeats against Lewis Hamilton in the drivers' championship, while Ferrari has not succeeded in ending Mercedes' streak of constructors' titles.

Ferrari is set to up its spending in F1 this year, and has appointed Mattia Binotto as team boss in place of Maurizio Arrivabene, as well as adding ex-F1 drivers Brendon Hartley and Pascal Wehrlein in simulator roles.

Speaking about Vettel's position within Ferrari, Horner said: "I'm sure he must be supportive of the changes that have been made, and of course there's so much expectation when you're the number one driver at Ferrari.

"He's got new team-mates, new management - there's quite a lot new around him this year."

"It's a big job for Mattia because you can't do both roles," Horner commented. "You're either technical director or team principal and I think he's probably got that difficult scenario where he's running between offices at the moment.

"Both are enormous jobs in their own right so it's going to be a process of evolution.

"They've made their changes for whatever reason, they've decided upon the fifth team principal that I've sat opposite to in Ferrari in my time at Red Bull.

"And with every management change there's a change in culture and approach, and that takes time."