Vettel, who qualified third behind polesitter Leclerc, had the benefit of the tow at the start and got past him with little resistance at Turn 2, taking over in the lead of the race.

Conversations between Leclerc and the team indicated this was part of a pre-race agreement, and Vettel was ordered to hand the lead back to Leclerc, but the German defied the instructions, beginning to build a gap after indicating that Leclerc hadn't been close enough.

Ferrari got Leclerc back into the lead by pitting Vettel, who then suffered a failure that led to a virtual safety car that was instrumental in Leclerc finishing only third behind Mercedes drivers Lewis Hamilton and Valtteri Bottas.

Asked after the race by Autosport whether he still had faith in Vettel to honour pre-race agreements following his apparent team order refusal in the opening stint, Leclerc said: "Yeah, I think the trust doesn't change and I think we need to trust each other, Seb and myself.

"I think it's hugely important for the benefit of the team in some situations, to know that you can count on the other car and vice versa.

"So, yeah, I think it's very important, but yes, the trust is still here. " 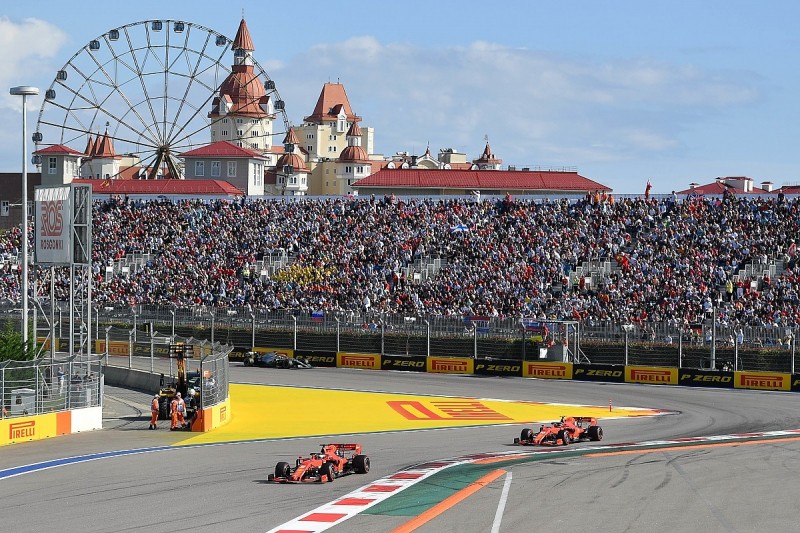 Before the swap had happened in the pitstop phrase, Leclerc repeatedly stressed to Ferrari on the radio that he "respected" the agreement, and asked the team to manage the situation.

"I think everything was respected," he explained after the race.

"At the start, I obviously went to the left to give Seb the slipstream, I knew he would overtake, and anyway we knew that, then we just had to do the swap back and we did it at the pit stop later on in the race."

Pressed on whether the agreement was for him to keep to the left side on the run-up to Turn 2 and not fight Vettel into the right-hander, he said: "If there was Lewis and Seb side by side, I obviously had to advantage Seb and not Lewis, which is normal.

"So, that was what was agreed."

Leclerc subsequently offered his explanation for why Vettel may have ignored the orders, describing it as a "quite tricky situation".

"There was a safety car straight away, so then it was quite difficult, I tried to stay as close as I possibly could, for two or three laps, but then it was very difficult to follow - especially first and second sector, the tyres overheated, and then I dropped back a little bit.

"But then, as I said on the radio, I had 100 percent trust in the team to do it themselves as it was agreed before the race, and that's what they did at the pit stop. "