Charles Leclerc said he was positively surprised with Ferrari's pace during Friday practice for Formula 1's Bahrain Grand Prix, as his new teammate Carlos Sainz Jr was fourth in FP2.

Ferrari is aiming to rebound from a dreadful 2020 season in which the Scuderia finished sixth in the constructors' championship and it has appeared to make good progress during the off-season.

While Ferrari is careful not to read too much into practice times, Leclerc admitted he was surprised with how competitive the Italian outfit appeared to be.

"Today has been a positive day, to be honest, we maybe didn't expect to be as competitive even though it's still very early days for now," said Leclerc, who was 12th fastest after a compromised hot lap.

"FP1 was positive on my side, FP2 a bit less. I've been struggling a little bit with the car here and there and didn't manage to finish the lap [the way] I wanted to.

"Tomorrow will be the day where we'll know exactly where we are compared to the others."

Despite finishing fourth on the day, Sainz admitted he was still "under driving" his Ferrari SF1000, trying to adjust to the way his new car handles in Sakhir's gusty conditions.

"[We had] very different conditions compared to FP1. In FP1 everything felt fairly normal and suddenly there was a big change in wind and track conditions going into FP2, and it made the cars and balance a lot more on the edge," Sainz reported. 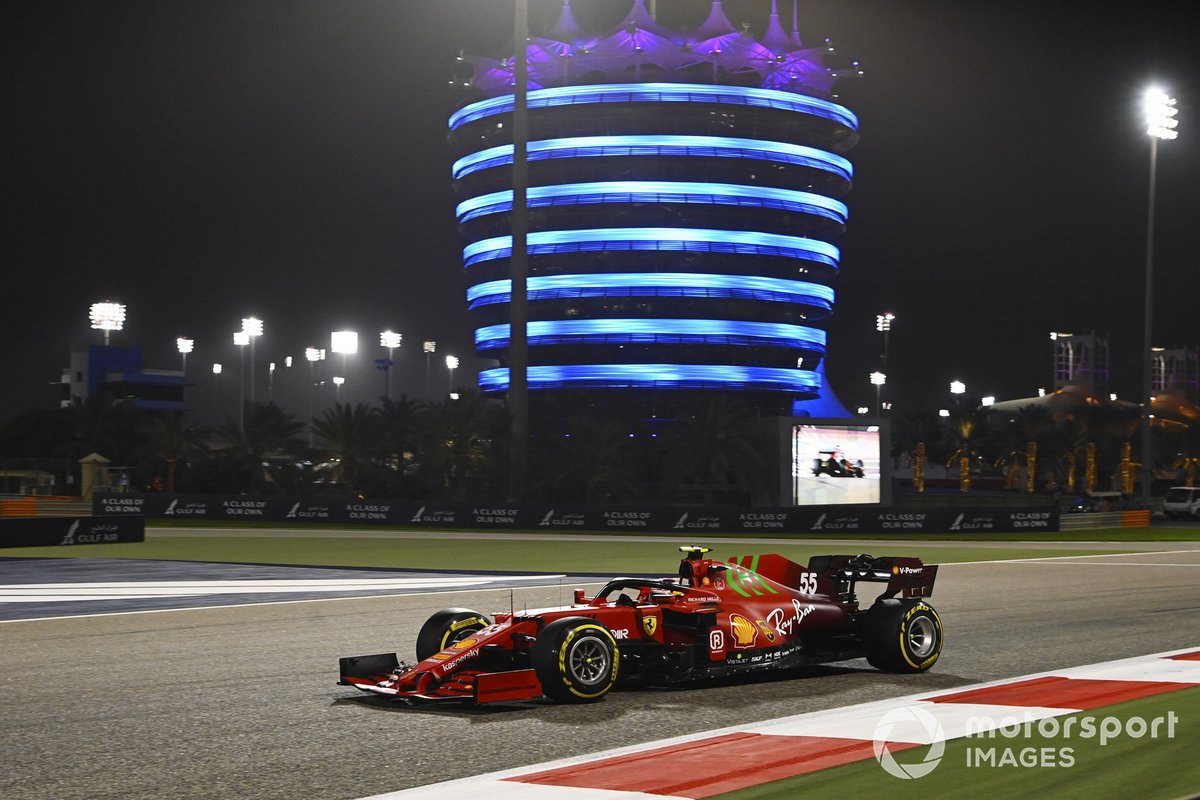 "If you compare this to the McLaren, when the wind changed I perfectly knew what the car was going to do, so I could anticipate myself and extract always independently of the conditions 95% to 100% of the car.

"When you switch teams and cars, as soon as the conditions change you don't know how the car is going to react. So you're always under driving a bit.

"You don't want to do stupid mistakes and you want to stay a bit below the limit of the car because you don't know how the car is going to react."

Realising he was still adjusting to his new machinery, Sainz explained he had to "stay mentally disciplined" in his feedback to the engineers.

"I always say you need races, you need experience, you need to go through different conditions to know how the car reacts," he added.

"It's tricky, you need to stay mentally disciplined. You don't want to give too many comments regarding the balance because you know you are also probably under driving a bit.

"Today I managed to adapt well in between the sessions, I managed to feel reasonably at home in the car but tomorrow could be a completely different story as soon as the wind changes again.

"If the wind picks up tomorrow I could be starting from scratch again and trying to find my feet little by little. The trick here is just let the sessions go by, let the experience build and be patient."