The Toro Rossos battled through Copse and Becketts on the opening lap at Silverstone, but they made contact after Kvyat ran wide in the Becketts sequence and slid back onto the track while Sainz was alongside him.

Sainz retired on the spot and Kvyat continued with a damaged car, but the Russian was given a drivethrough penalty for rejoining the track in a dangerous manner.

Kvyat believes Sainz should have been able to judge what was going to happen, and he could have backed off before passing his delayed team-mate anyway.

"The racing driver knows when he sees what happens to me, that he's never going to be on the perfect line," said Kvyat after the race.

"So when you put yourself there you know the collision is 90% unavoidable.

"If the other car had been more anticipating of things, he would have tried to get me back on the next straight.

"But it didn't happen, he just put himself there, and say to your team-mate 'OK, you can crash into me'.

"That's what I believe. We should both feel responsible for what happened.

"I left him room [in the first right of Becketts] and I expected him to collaborate with me [in the next left]. But this collaboration didn't happen.

"If we are both smart, we will just leave more space [next time]."

Kvyat was also very unhappy with the penalty, which he felt was too harsh.

"The punishment was for leaving the track and rejoining unsafely, but I didn't leave the track, me and the team agreed on that," he said.

"I was narrowly within track limits, we believe the penalty was too harsh for what really happened.

"A drivethrough is extremely strong. I saw stronger incidents and they punish five or 10 seconds in the pitstop.

"I don't understand this, and it doesn't feel very nice. It makes everything look worse than it really was.

"I'm not very happy, I was completely upset when I received the news about the penalty.

"I believe this is racing, not ballet dancing - exactly what I said on the radio." 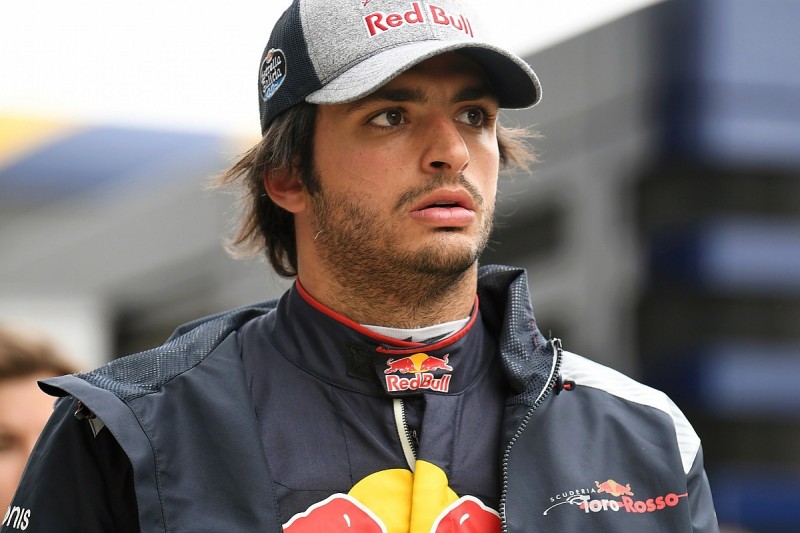 Sainz was unwilling to talk about the incident in public, saying he wanted it to be dealt with behind closed doors at Toro Rosso.

"I'm not going to give my opinion about it because I think it's something that needs to be kept internally and analysed internally," he said.

"The images speak for themselves so I'm not going to comment.

"We were battling, giving each other quite a lot of room, until one car lost control and hit the other one.

"When you give each other space and you leave two car lengths like I did, for him to rejoin the track, for me there's nothing really to comment."