Robert Kubica has slammed the Williams Formula 1 team for removing its upgraded front wing from his car at the Japanese Grand Prix, saying it 'crossed boundaries' for "strange reasons"

Both Kubica and team-mate George Russell had turns running the sole example of Williams's upgraded front wing during opening Suzuka practice on Friday.

Kubica was more positive about it, and it was kept on his car for second practice.

He said his expectation was that he would keep the wing for delayed qualifying on Sunday morning and then the race, but Williams decided not to run it on either car.

Kubica crashed heavily on his out-lap at the start of qualifying and finished 19th and last in the race having started from the pitlane in a new chassis.

"We changed the front wing. It wasn't supposed to be better and on the second car it did not give any advantage or was even worse. But my car felt a lot better.

"However, for strange reasons, the wing was taken from my car this morning before qualifying.

"I think there was just too much time to think about it on Saturday...

"The typhoon passed, but I think the decision was not related to the track here, but more so to other reasons or choices.

"This morning, however, gave me a lot to think about. I knew some things, but this morning some boundaries were probably crossed." 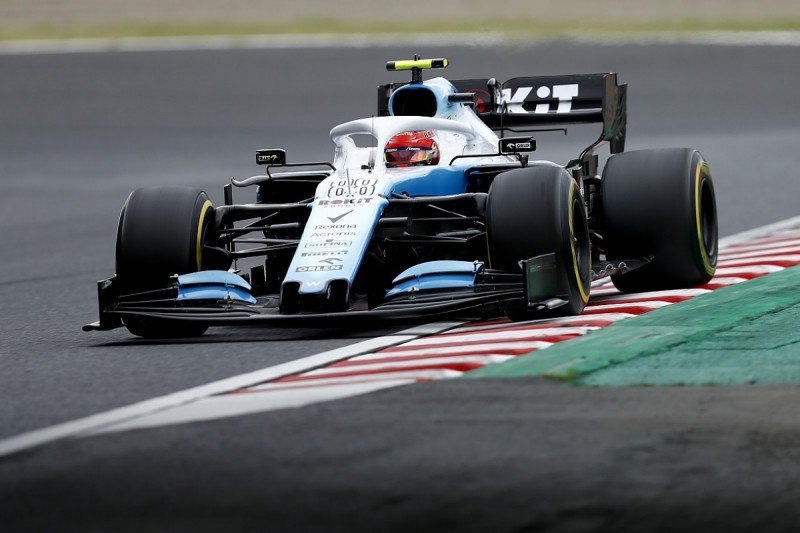 When Kubica's comments were put to Williams, it said there had never been any intention to race with the wing on either car in Japan.

"As always, we discuss the most effective strategy ahead of each race weekend but make adjustments where necessary," said a team statement issued to Autosport.

"Our new front wing was always intended as a test item for this event, with a view to running in a race at a future date.

"With the potential impact of Typhoon Hagibis forcing the cancellation of all running on Saturday, combined with the inclement wind conditions today, the team made the decision not to risk running the new front wing today and potentially suffering damage before we had conducted further testing in Mexico.

"Given the incidents in qualifying, this proved to be the correct decision."

The Japan wing controversy follows Williams retiring Kubica's car during the Russian GP as a precaution because it was short of parts following Russell's pair of incidents with other cars in Singapore and wheel-related crash at Sochi.

The team's Polish sponsor PKN Orlen publicly questioned that decision and Kubica also hinted at frustration over it at the start of the Japanese GP weekend.

Kubica argued that the Suzuka wing decision was made "without even letting me know and I think this is not the right way".

He underlined that he felt the wing had been transformative for him, in a season when he was constantly struggled to find affinity with the Williams chassis.

"I was hoping after the really disappointing Russia we would be here trying to do our best and this is what we tried to do on Friday," said Kubica.

"Actually on Friday I ended up with quite good feelings but my feelings were probably too good.

"Conditions were different but on Friday something happened which gave me quite a lot of confidence and improved my feeling in the car.

"We agreed on something and then on Sunday morning things changed for whatever reason.

"I think it was not a decision of people who are here.

"I don't want to go into the details too much but after Russia where we were disappointed overall when you have a driver who says 'for the first time for a very long time I can drive the car properly and I'm actually properly exploring the car', this is what every team would look to have.

"But for whatever reason..." 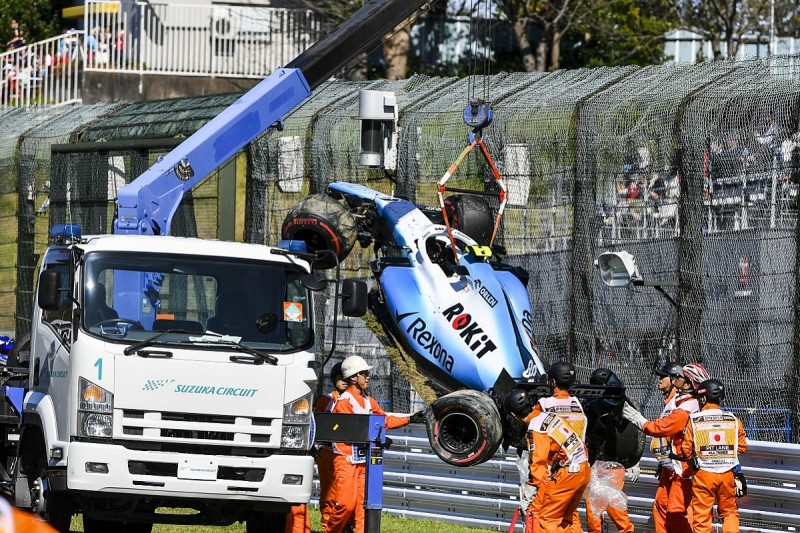 He praised his mechanics for the Sunday rebuild - as he put the crash down to "a misevaluation and a lack of attention" having put a wheel on the grass exiting the last corner.

"The guys did an amazing job, not for the first time this year, and it's really amazing what they're doing with what we have," Kubica added.

"It's a difficult period. We all try to do our best and it's amazing how in such a difficult year they are still not giving up, as we all try not to."

Kubica has already announced that he will part with Williams at the end of the season and made a point in his Polish TV interview of noting how many more sessions he would drive the car for across the remaining four GPs.

"Twenty sessions left until the end of the year," he said.

"Let's hope that some things will be solved, although as I say: this morning just before qualifying allowed me to understand a lot."