Kimi Raikkonen believes Ferrari will be back stronger after an off-colour British Grand Prix showing, but Formula 1 rival Felipe Massa says Williams is in now in the fight with the Scuderia

Ferrari spent most of the race in the lower-end of the points, while Williams' Massa and Valtteri Bottas fought with Mercedes, before the rain came, allowing Sebastian Vettel to jump ahead into third.

Raikkonen, who finished eighth after his gamble to make an early switch to intermediates did not pay off, said he felt Silverstone was an anomaly and expects Ferrari to be stronger in the upcoming races.

"We've seen at other circuits it depends a lot on the layout of the circuit and what tyres we run," said the Finn.

"I expect it to be a different story in the next race and at different circuits again.

"Silverstone is not ideal for us - the layout, conditions and tyres - but we have to improve and we have to try to get better whatever circuit it is.

"Hungary I'm sure it will [be better]. Silverstone was not the ideal weekend.

"The others were a bit faster. I'm sure it will be a bit more easy there but we will see." 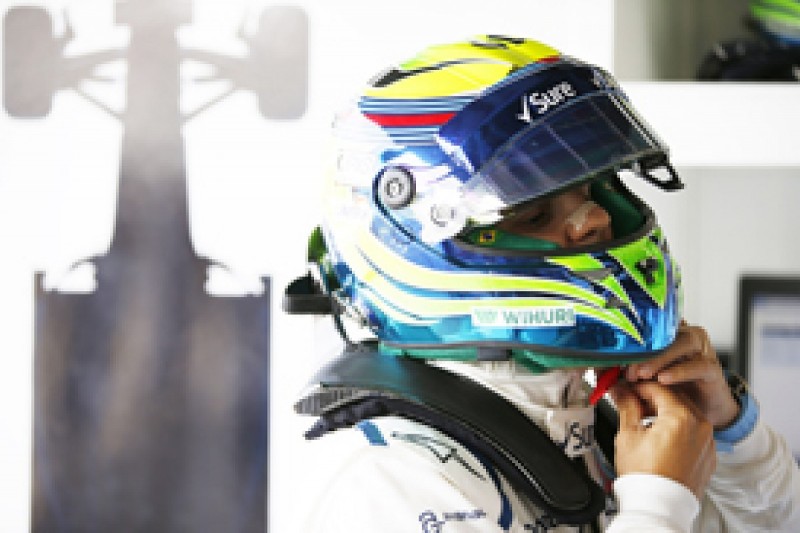 But Massa believes that after a slow start to the season, Williams is now showing enough performance in both qualifying and race to consider it a big rival to Ferrari going forward.

"Unfortunately we started the season a little bit behind but maybe Sunday was a very interesting race to catch the Ferraris a little bit," he said.

"We have a quicker car in qualifying and in the race at Silverstone which has never happened this season. It shows we are in the fight.

"In Austria, we had the upgrades arrive in the car but it was not working the right way.

"But we understood where to make it work at Silverstone and everything we tried to change from the last race to this race it worked and the car was quicker.

"So I think we're showing one more time we know how to develop the car from the first race to the last race."