Ferrari's championship aspirations have imploded in the last three races, with the team now trailing Mercedes by 145 points while Sebastian Vettel is 59 behind Lewis Hamilton with 100 remaining.

Vettel and Raikkonen were wiped out on the first lap in Singapore, and both were hampered by engine problems at different stages of the Malaysian GP weekend.

Then in Japan, Vettel retired early on with a spark plug failure, while Raikkonen could only finish fifth following a grid penalty prompted by damage from a practice crash.

Asked which of the final four races - United States, Mexico, Brazil and Abu Dhabi - offered Ferrari the best chance of victory, Raikkonen said: "Any of them, as long as we do everything as well as possible.

"It's a bit unknown, the tracks are different from each other.

"So we go every weekend, start from zero and do the best that we can and avoid the issues and mistakes." 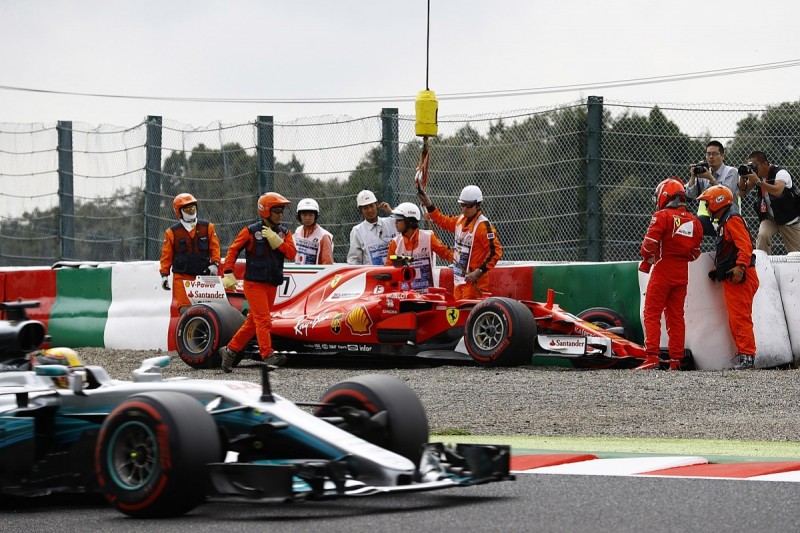 Ferrari had a car capable of taking a one-two in Singapore and arguably Malaysia too, while in Japan it looked capable of pushing Mercedes before it hit trouble.

But the engine problems, driver error and misfortune has contributed to Ferrari scoring just 22 points in those three races compared to 105 for Mercedes.

"I don't know what is going to happen - nobody knows," said Raikkonen regarding Ferrari's chances in the constructors' championship.

"But I know we are going to push until the last lap in the last race and see where we end up.

"It hasn't been the greatest races lately but I think we have the speed when they put things in the right place - that is at least something positive."