© 2021 Motorsport Network. All rights reserved.
TV Tickets Fashion Giorgio Piola Jobs
Previous / Canadian GP F1 boss believes its difficult years are in the past Next / Why having characters in F1 comes at a cost
Formula 1 News

It emerged during the Mexican Grand Prix weekend that Haas had spoken with Magnussen, who is still in the running to remain at Renault alongside new signing Nico Hulkenberg for next year.

Renault has admitted it is evaluating several young drivers as well as Magnussen and his current team-mate Jolyon Palmer for next year, with a decision expected before the end of the season later this month.

On the subject of Magnussen's talks with Haas, Vasseur told Autosport: "Everybody is talking with everybody, that's life in the paddock.

"As long as I've not taken a decision then it's quite normal everybody is talking.

"We will make our own choice, like Gunther [Steiner, Haas team principal] will make his own choice and everybody will be happy."

Vasseur has dismissed Palmer's suggestion the fight for the second seat is simply a straight one between himself and Magnussen, and he has already said the high performances from all of the drivers under consideration for the drive is making the decision tough.

"I'm not considering the situation like this," he added.

"It's not a fight between Kev and Jo, or Jo and another one." 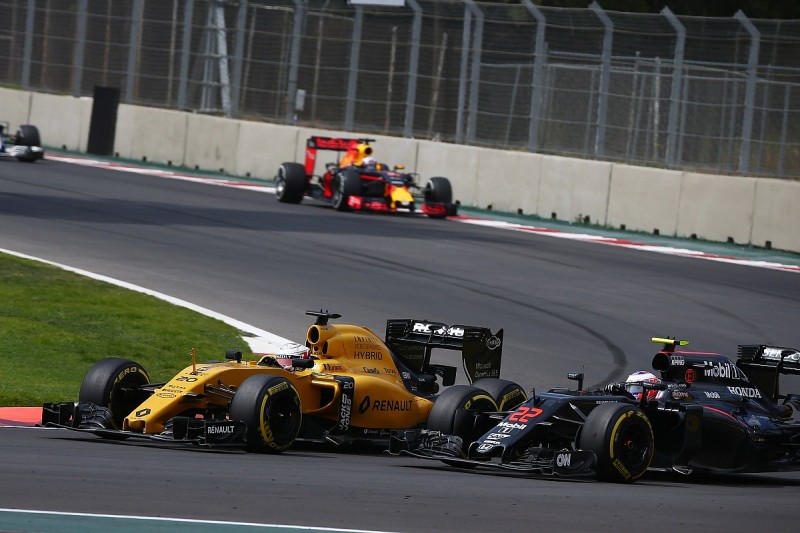 While Vasseur is happy with the level of progress Renault has achieved in its difficult first year back as a full constructor, he accepts it still has a long way to go.

"I am expecting us to score points, but if you have a look at the last six or seven races compared to the end of June, it was quite a tough moment, we were mainly at the back," he said.

"Now we are fighting with McLaren and Toro Rosso, and I feel we've made a big improvement.

"It's not enough, everyone in the team would like to be in better shape, but that's life.

"We have to be realistic, and we know where we are coming from, and we are improving step by step."

Why having characters in F1 comes at a cost