The Montreal race, along with Germany and Brazil, appeared on the 2017 provisional calendar with an asterisk that they were subject to confirmation.

One of the issues is that the circuit has not completed upgrade work, including updating the garages, as had been previously agreed.

Promoter Francois Dumontier, the mayor of Montreal and F1 boss Bernie Ecclestone have held discussions with the former believing progress has been made.

"The only thing I can say is that it is imminent that we will announce that everything is OK and we will put our tickets on sale for next year's race," Dumontier told Autosport.

"We're talking about long-term now because it's easier when you have a long-term contract to work strategy and plan ahead.

"Discussions have been going on for a few weeks now, but it's imminent that [the uncertainty that comes with short-term deals] will be behind us."

When asked what has delayed proceedings, Dumontier said: "It's a few things, it's not one thing in particular.

"The garages have been one of the big things because the garages were supposed to be built in 2017.

"It's that and other things but now Bernie, myself, the city and everyone involved have the same objective and hopefully, in a few days I'll be selling tickets." 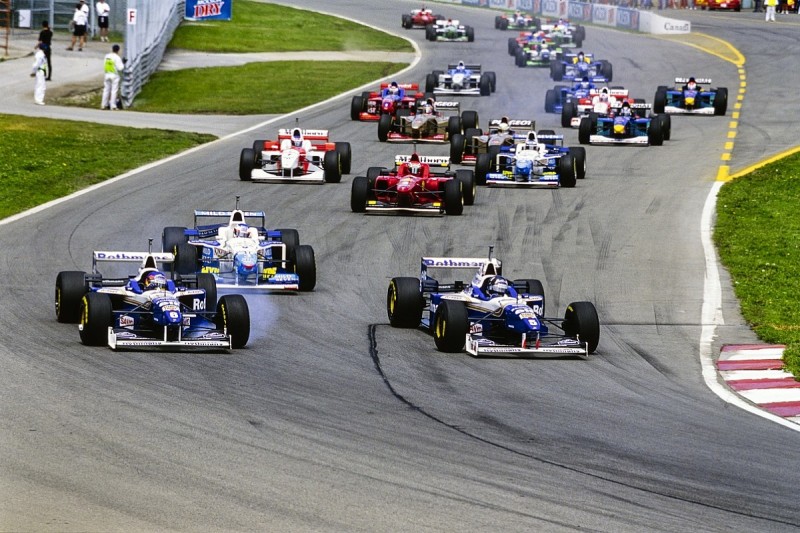 Dumontier believes Lance Stroll's arrival on the grid - the first Canadian driver since Jacques Villeneuve - will provide a boost to the race.

"Ever since the rumour had been coming out that Lance was coming, the phone has been ringing at the office," he said.

"I'm sure the fans will show up at the track and support Lance big time.

"Look at Belgium this year when Max Verstappen raced, the promoters said the ticket sales went up because of Max.

"We hope it is going to be the same thing in Montreal.

"We have got a crowd that knows racing, they have been there for a long time, are really supportive of our race and they will be there.

"Hopefully, that will increase popularity of racing in general, not just F1, in Quebec and Canada."