The 2009 world champion suspects that the combination of the very different behaviour of the all-new turbocharged V6 engines, inevitable initial unreliability and cold temperatures at Jerez in January will make the first runs a bizarre experience.

"Winter testing is going to be hilarious in Jerez," said Button, who has tried the 2014 McLaren in the team's simulator.

"It will be cold, the tyres aren't going to work, the cars probably won't work either and when you do get a lap it is probably going to feel weird because you are running higher gears - you get into eighth gear before you get to seventh gear now.

"It is a very different way of driving and you have to forget a lot you have learned over the years in terms of the driveability of a racing car, the engine, the power output of a racing car and the way you put the power down.

He said the mixture of increased torque and reduced downforce would be an intriguing challenge.

"No one knows how they will perform until the first race next year," said Button.

"It is going to be tricky because we do have a lot more torque with the engine.

"There will be a lot less downforce as there will be no [exhaust] blowing. I don't care what they say, there is still a massive amount of blowing on an F1 car. 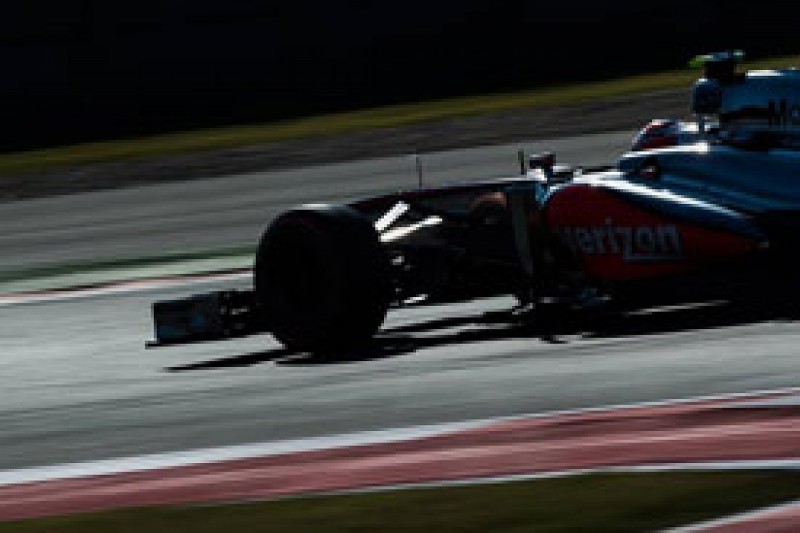 "It is going to be very tough to get to grips with it.

"There is a lot to learn for all of us, even the experienced drivers, and it is exciting.

"You want to be out on circuit at the tricky corners, even Turn 2/3 [at Jerez] will be tough to get the power down.

"You need a throttle pedal that is a metre long to control the torque of the engine.

"Hopefully the experience I have with developing the car and making it how you want it to be will help me for next year."

Although he expects testing to be potentially chaotic, Button has no doubt that the teams will be on top of things in time for the season-opener.

"It is in a bad place right now but by the first race we will all have it sorted," he added.

Testing commences at Jerez on January 28, with the season beginning with the Australian Grand Prix on March 16.

In this episode of The Racer's Edge with F1 Racing, leading F1 engineer Tom McCullough and top driver coach Rob Wilson discuss what the 2014 cars will feel like in the cockpit.

Race of my life: Nigel Mansell