Ferrari test driver Callum Ilott will also serve as Alfa Romeo’s second Formula 1 reserve driver, and will take part in FP1 for the team at the Portuguese Grand Prix.

Ilott, who is racing in the GT World Challenge Europe Endurance Cup for the Iron Lynx team, will step into the Alfa Romeo C41 for the opening practice session at Portimao – although it has yet to be disclosed whether he will replace Kimi Raikkonen or Antonio Giovinazzi in the session.

The British driver will join regular reserve Robert Kubica in completing duties for Alfa Romeo, particularly at races when Kubica is not present due to other commitments.

Having driven for Alfa Romeo in last year’s post-season F1 test at Abu Dhabi, Ilott has prior experience with the Sauber-run team and will “take part in a number of FP1 sessions” for the team this year.

Ilott also tested for the team in 2019 at the Barcelona circuit, and was also due to make an FP1 appearance for Haas at last year’s Eifel Grand Prix before inclement weather put a damper on any running in that session.

“I am really happy to be joining the team for this season and I’d like to thank Alfa Romeo Racing ORLEN and the Ferrari Driver Academy for the trust they have put in me,” said Ilott.

“The two sessions I had with the team in the last two years have been extremely useful in getting me accustomed to the way a Formula One team works and I am confident I can hit the ground running in my new role as one of the reserve drivers at Alfa Romeo Racing ORLEN.

“I can’t wait to be in the car and help the team continue its progress.” 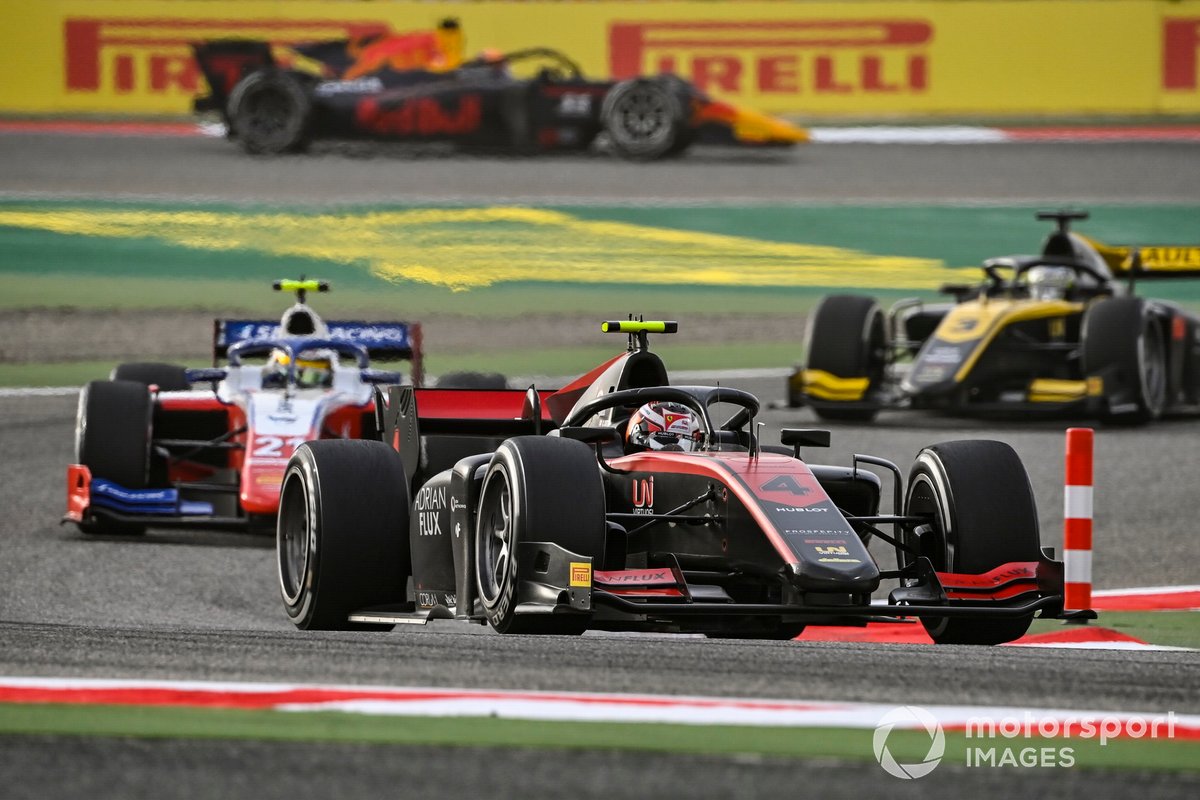 Ilott finished as runner-up in last season’s Formula 2 standings, finishing behind fellow Ferrari Driver Academy member Mick Schumacher – as the German earned a step up to F1 with the Haas team.

Prior to that, Ilott finished third overall in GP3 in 2018 and stepped up to F2 with the Charouz Racing System team – which then had an affiliation with the Sauber junior program.

He moved to the UNI-Virtuosi team to contest the title last year, finishing 14 points behind champion Schumacher and one point clear of AlphaTauri F1 driver Yuki Tsunoda.

“I am delighted to welcome Callum to our team,” said Alfa Romeo team principal Fred Vasseur.

“His journey through the junior series has been an impressive one and he is without doubt one of the most talented young drivers coming through the ranks.

“He has worked with us before, each time leaving a lasting impression thanks to his work ethic and good feedback, and I have no doubt he will be a very positive addition to Robert Kubica, who will be unavailable on various occasions due to his other racing programmes.

“Callum will have a busy programme and we can’t wait to see him on track again this weekend.”

2021 F1 Portuguese GP session timings and how to watch