Racing Point's Nico Hulkenberg admitted he was "surprised" to have qualified third for Formula 1's 70th Anniversary GP at Silverstone, despite fears he had damaged his car in Q2 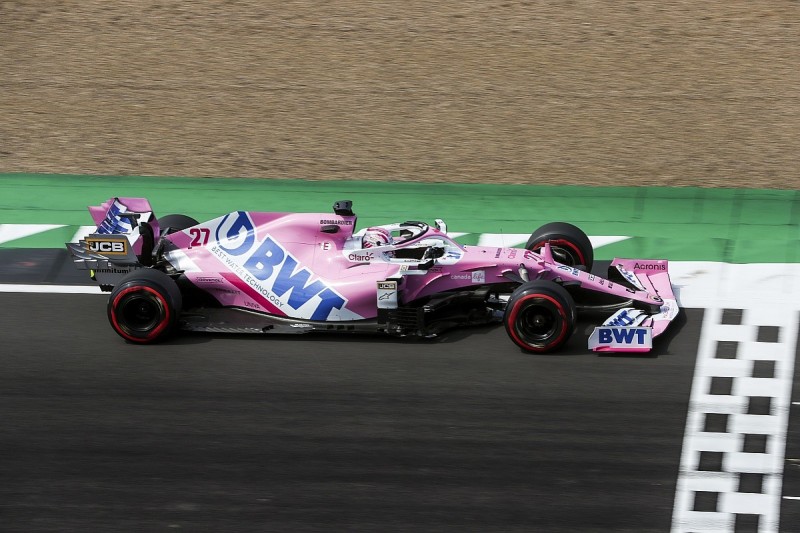