Renault can still reach its fifth-place target in the 2017 Formula 1 constructors' championship but needs a run of "sweet" grand prix weekends to do it, says Nico Hulkenberg

Though Renault enters the summer break just eighth in the standings, fifth-placed Williams is only 15 points ahead.

But as Hulkenberg believes Mercedes, Ferrari and Red Bull will monopolise the top six positions in most races, he thinks Renault and its rivals Williams, Toro Rosso and Haas will have to resolve their fight by maximising minor scores.

"I think it is achievable," Hulkenberg told Autosport when asked about Renault's fifth-position goal.

"It won't be easy. We really have to get sweet race weekends, pretty much all of them, which is never easy.

"But I feel now the car has more potential than in the first half. This should allow us to go for better results.

"The top six is always the top three teams. If the top six cars make it, they are always in front of us.

"They are just too far ahead at the moment.

"But certainly I feel that we can score a good bunch of points in the second part of the season.

"And hopefully even a bit more and set the odd highlight."

Hulkenberg joined Renault from Force India this season, and is currently 10th in the drivers' standings.

Sixth places in Spain and Britain are his best results of a campaign he said he was "fairly satisfied" with so far. 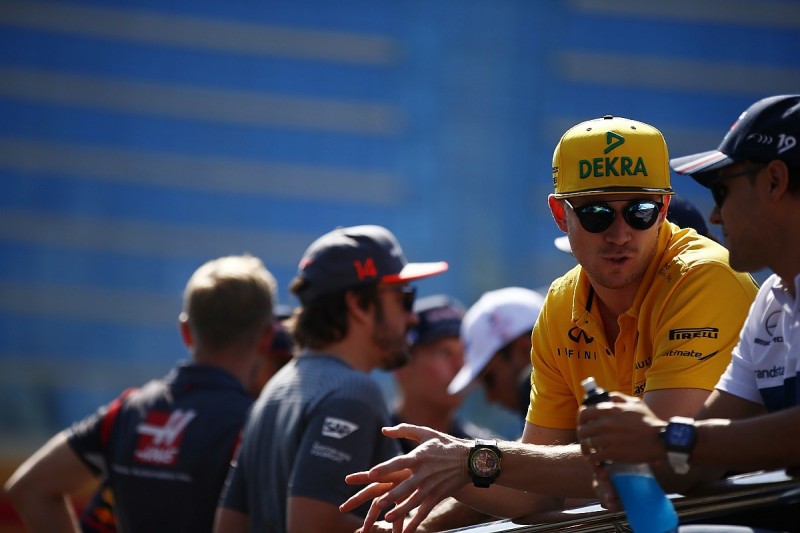 "I think it went pretty much as per expectation," Hulkenberg said.

"Where we thought in the winter we would be, we really turned out to be there.

"Obviously car performance [wise] recently we made some really good improvements, a step forward, but there is still a lot of room for improvement in all the different areas.

"So we still have a long road ahead of us, but I feel the second half of the season should offer us some opportunities."

New cars suit my style better Hulkenberg said his form this year has been helped by the latest generation of F1 cars better suiting his style.

"It is definitely more fun, and definitely faster," said Hulkenberg, when asked for his take on the 2017 cars.

"I can only talk about myself, but they allow me to push harder, they are a bit more in favour of my driving style compared to recent years.

"You always had to drive within yourself as you couldn't explore the limits, you couldn't push as hard and these cars are in favour of that. You can go there easily and it works.

"They seem a bit more edgy. I've seen many races this year races like Baku where there is very little room for error.

"So if it goes wrong, it goes very wrong. But I didn't find too much difficulty, too much change."