Williams came in to the 2021 Formula 1 season bracing itself for a rollercoaster season thanks to its car’s peaky aero characteristics.

Having already been through somewhat of a lean spell over the last few years in its fight to move off the bottom of the standings, its drivers were well aware of a wind sensitivity issue that made their car difficult to drive at times.

However, with fresh impetus and without the burden of designing an all-new chassis, Williams actually made some swift progress in putting the issue behind it.

Furthermore, a fairly sizeable upgrade introduced at the French Grand Prix helped unlock more of the car’s latent potential, and laid the foundations for its Q3 form in Austria.

Here we take a look at the upgrade that’s contributed to this upturn in performance. 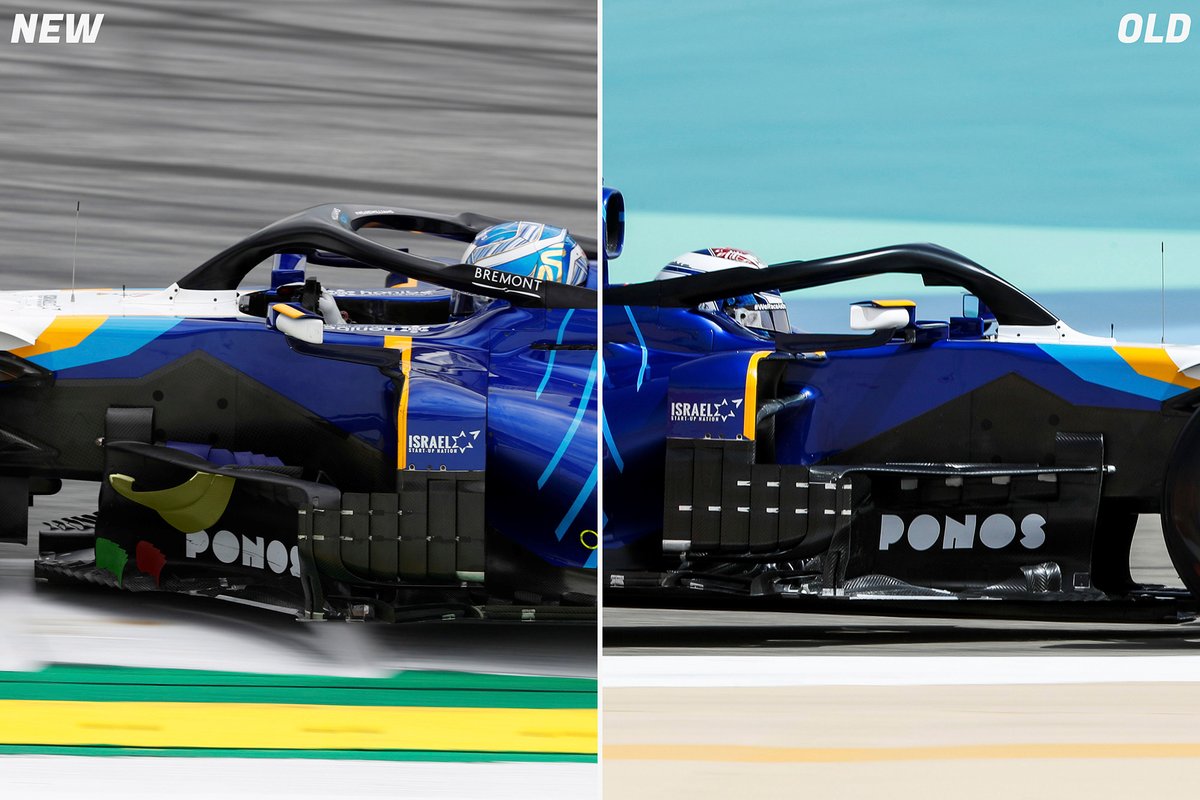 Starting with the bargeboard cluster, the team didn’t feel the need to totally revamp the entire design.

Instead each of the alterations are about tuning the airflow to get a better response from them and deal with the wind sensitivity issue that the drivers mentioned in the early part of the season.

The outwash fins mounted on top the multi element footplate have been increased in number, not only in the stack that were already in situ (marked in green), but with a second row being introduced just behind (marked in red). 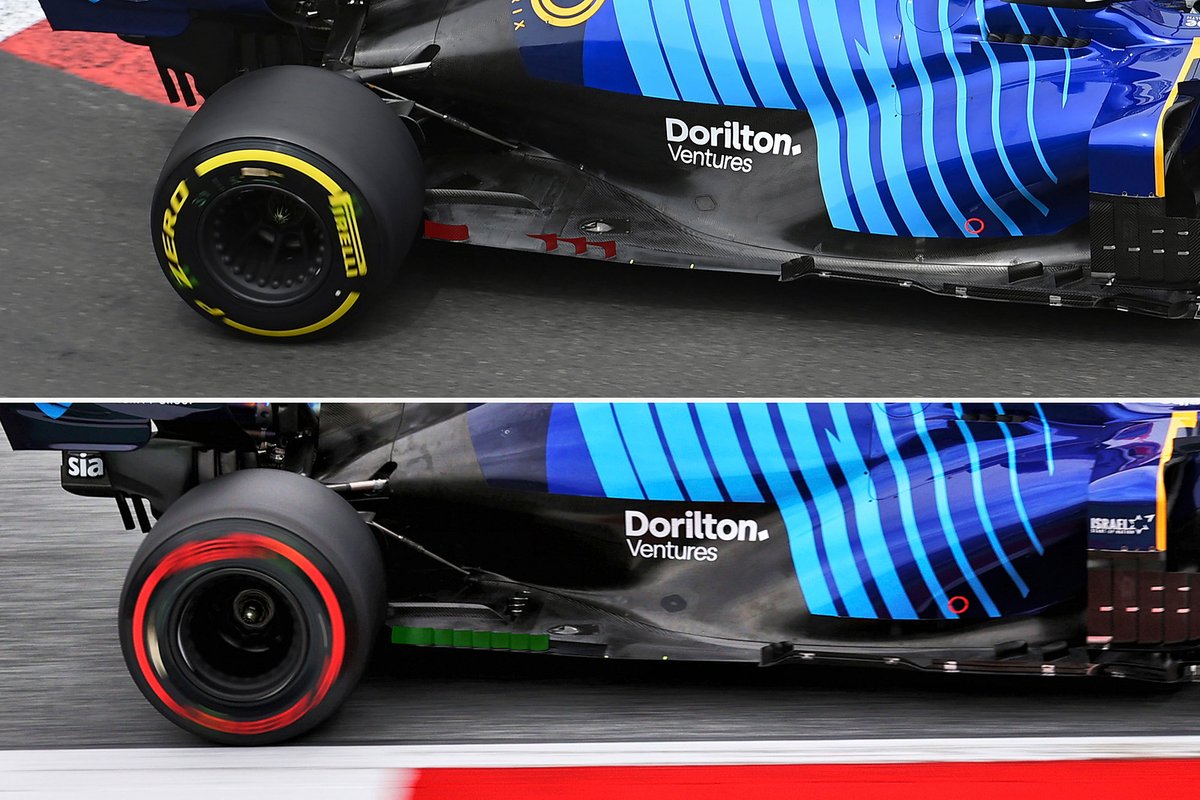 Williams was not long out of the gate before making the switch to the now almost ubiquitous Z-shaped floor cut-out, with the solution arriving at the second race of the season. However, the aerodynamic appendages used in combination with the cut-out remained largely the same, save the triple fin cluster added at the fulcrum.

The team has now replaced the three ‘r’ shaped vanes placed midway along the cut-out and the slightly curved fin just ahead of the tyre (marked in red) with a cluster of fins right on the edge of the floor (marked in green).

This is an attempt to replicate the sort of flow conditioning that was easier under the previous regulations, with the ability to control the ‘tyre squirt’ created by the rear tyre imperative to increasing the performance of the diffuser.

Left unchecked, the deformation of the tyre will squirt airflow laterally into the diffuser's path as it squishes under load.

The design of the floor and the aerodynamic devices installed on it are all looking to reduce this by redirecting the flow across and around the tyre, which as a consequence will improve the balance of the car and increase downforce. 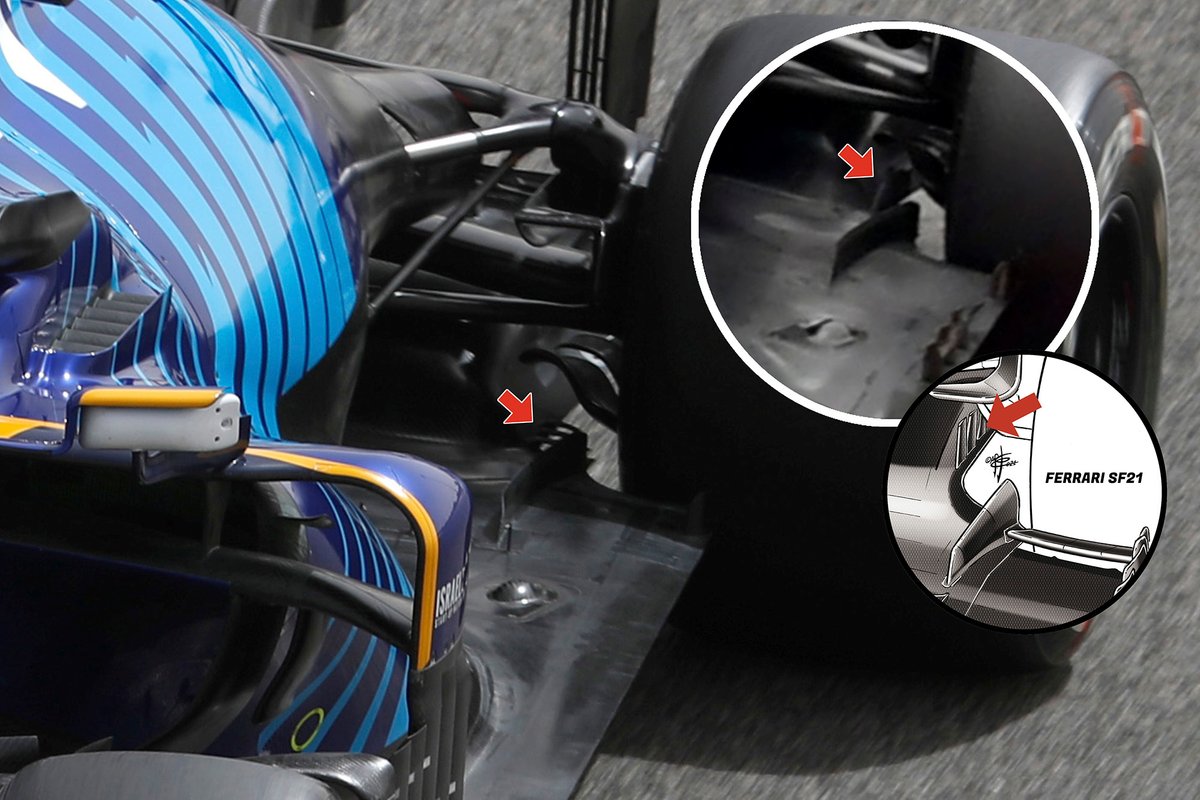 Williams had already looked at this earlier in the season when it exchanged the triple winglet stack mounted horizontally that it had also used throughout the 2020 campaign for a vertical fence, similar to what we’ve seen Ferrari use this year too.

Interestingly this aligns neatly with a vertical fin mounted on the rear brake duct winglet cluster, which as we know are also narrower this year by regulation.

The update package run since the French GP has also featured a revised diffuser layout too, as the team has reduced the height of the outermost strake, a decision we’ve seen several teams take this season. This suggests that the new regulations have altered the course of the airflow sufficiently in that region for the teams to feel that they needed to make adjustments. 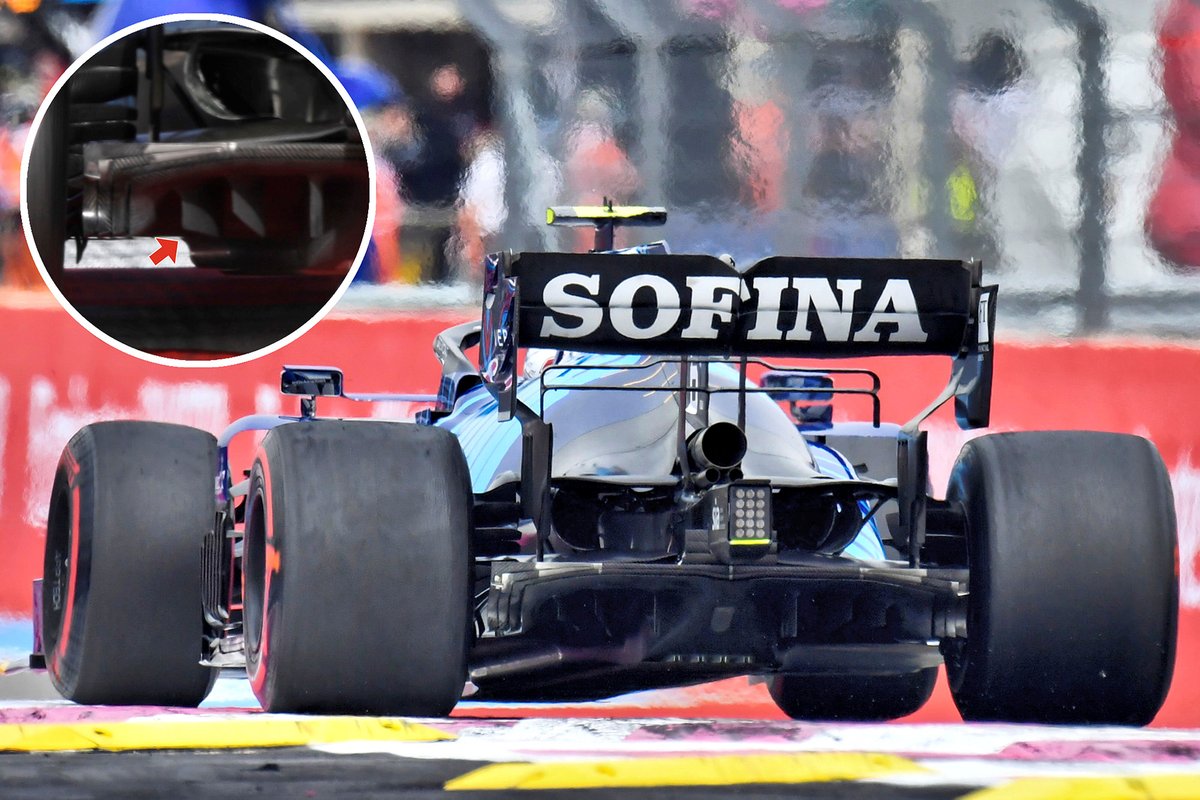 When driver aids have the opposite effect