Silverstone has a 17-year contract to host the race, which runs until 2026, and its owner the British Racing Drivers' Club does not want to lose it.

But the BRDC is considering exercising a break clause, which allows it to end the deal at the 10-race mark (after the 2019 race) without penalty, because of financial pressures.

The first race of the current contract in 2010 cost organisers £12million. An escalator built into the contract, as is common in F1 venue deals, means it will cost around £26m by the final year.

That is by no means the highest fee paid by a circuit - the Russian GP is believed to have paid £25m for its opening race in 2014 with that figure subsequently rising.

But while plenty of the races on the F1 calendar receive government funding, Silverstone does not and despite attracting close to 140,000 fans last year, it still struggles to make the event financially viable.

F1 boss Chase Carey, who met with BRDC chairman John Grant at the Spanish Grand Prix, said during the weekend that the new owners will "not be renegotiating the contract".

You could read that as saying Liberty is not interested in helping the British Grand Prix survive, putting the race under threat.

But the other reading is that Carey has chosen his words carefully.

It is understandable that he does not want to adjust the current arrangement, as that would open the door to other circuits wanting to do the same.

But that does not mean he would be unwilling to discuss a new deal should Silverstone be interested in one having activated the break clause in its current arrangement.

Autosport understands the Formula One Group wants a British Grand Prix on the calendar and is willing to discuss options to make that happen. 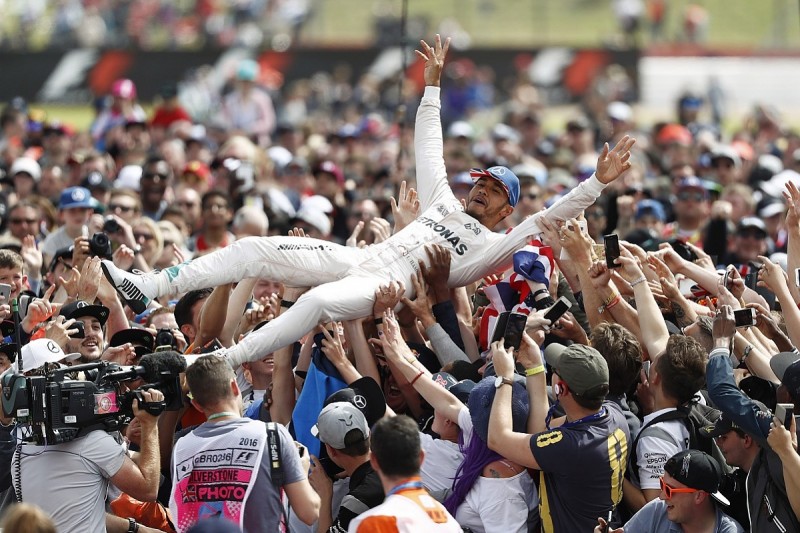 A race on the streets of London would be ideal but unlikely at least in the short term and Silverstone represents a very good option that can guarantee bumper crowds.

There are also options of having two races in Britain - at Silverstone and in London - or even the two alternating but this requires further discussion.

The BRDC's priority is to keep the race at Silverstone and it has been encouraged by discussions with F1's bosses and the impact it has made already.

The new owners rolled a series of new initiatives at the Spanish Grand Prix, revamping and standardising fan zones with simulators, pitstop challenges and competitions to ride in a two-seater F1 car.

The BRDC has until just before this year's British Grand Prix to decide on whether or not to activate the break clause and it is believed that decision has not been made yet as they continue to explore all options.

Should it do so, that will not be the immediate end of the British Grand Prix. The race will continue in 2017, 18' and 19' and it will give Silverstone and F1 two-and-a-half years to discuss a new deal.